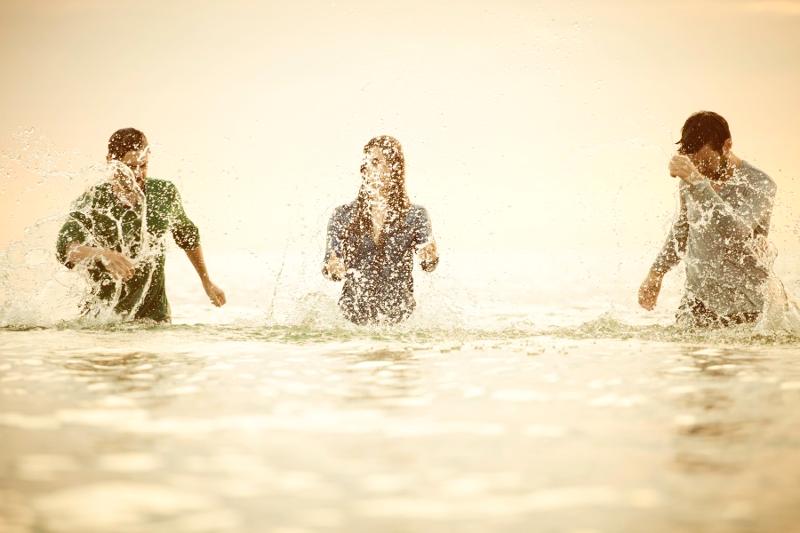 Newly-formed indie group ON AN ON are pleased to unleash “Ghosts,” the first song off their forthcoming debut album, Give In, which is due out January 29 on Roll Call Records. The song is streaming now at Consequence of Sound, who declares “it has all the textures we can expect from this new outfit, haunted yet exquisitely exposed…strewn with scattered electronics and hazy atmospheres.”

ON AN ON is scheduled to hit the road in September, supporting Reptar and Rubblebucket. See below for details.

The sound marks a new direction for ON AN ON’s three members – Nate Eiesland, Alissa Ricci and Ryne Estwing – who had been performing together for the last few years with the indie group Scattered Trees. It was only this past March during the annual SXSW festival that they decided to follow their instincts and change course, with conservative compromises being a thing of the past.

Just two weeks later, the band hunkered down in a Toronto studio with acclaimed producer Dave Newfeld (Broken Social Scene). With a knack for genre-melding, and a boundary-pushing mindset, Newfeld would prove to be the perfect match for the trio’s new caution-less approach: synthesizers, scattershot electro beats and ambient ear candy would give guitars, bass and drums a newfound ghostly sheen. The end result was Give In, ON AN ON’s ten-track debut album – a dream-washed textural journey armed with a biting perspective on life, love and the commonality of loss.

ON AN ON TOUR DATES (w/ Reptar + Rubblebucket)

Havelocke Release New Track ‘When We Go’ With Music Video