Feldspar Set To Release Debut EP ‘The Flat and Paper Sky Vol. I’ 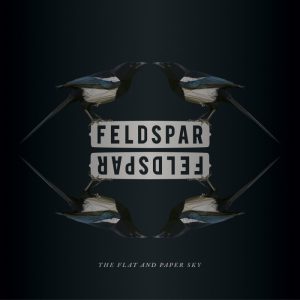 The Flat and Paper Sky Vol. I, released on October 1st, comes out as Feldspar’s debut and will be the first of two releases by this intriguing new band this Autumn. The five tracks of this EP show off the band’s stunningly confident songwriting and demonstrate exactly why this band are set to make an impact in 2013.

Will Tompsett of The 405 and Music Broke My Bones said of their free teaser single release:

“This five-piece draw on acts as far-flung as Nick Drake and Jay Jay Pistolet to expose a darker, deeper side to the recent folk revival. Teen angst and ukuleles can be sought elsewhere as ‘Shadow’ comes to flourish in its own right. A sign of intent, articulated with a genuine craft and beauty.”

The EP is streaming in full here-

“The Flat and Paper Sky takes its name from a book of poetry by Edith Sitwell called Façade. The themes in Façade – writing and memory; light and darkness; the influence of the past on the preset; the power of lust; the corruption of society – are the same themes we address in this EP. The emergence of artists like Villagers, Arcade Fire, Kill It Kid, and Ellen & the Escapades who are prepared to deal with subjects beyond love and heartache is really exciting.” – Lyricist and frontman Will Green

To accompany the release of the EP, the band have collaborated with five up-and-coming filmmakers to each create a short film based entirely on their interpretation and response to the lyrics and music. The band has deliberately given all creative licence to the film-makers in this process, producing new and varied visuals for each of the songs. These films will be released one by one shortly.