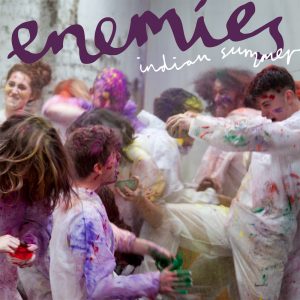 Enemies, Ireland’s jubilant guitar champs are back with a brand new single “Indian Summer” taken from their upcoming sophomore album, due for release early next year. This release features the previously instrumental four-piece gracing our ears with the new addition of vocals. Guitarist Eoin Whitfield & bassist Mark O’Brien showcase a mixture of delicate & shouty vocals with the crashing sounds of technical math pop behind them. With the closure of their European label ‘The Richter Collective’ (ASIWYFA, Adebisi Shank), the band have independently released this first album-taster.

The band have also put their single up on bandcamp which is streaming below and available to purchase now.

Recorded at the Hive Studios with Eoin Whitfield.
Mastered by TJ Lipple.