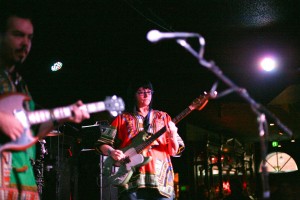 No one chooses when to get sick. If we could, most of us would be better off getting sick in 2014. Our dear friend, artist and composer Letha Rodman Melchior was diagnosed with breast cancer and melanoma in 2010, and the drug trials she needs to stay alive are not covered by her insurance. She can’t afford to get the care her doctors are prescribing and for thousands of Americans with serious illness this is the reality–the choice between putting your family into massive debt or going without the treatments that may save you. In 2014, when The Affordable Care Act goes into effect, not only will health care providers be required to stop denying people better health coverage because of pre-existing conditions, but they’ll also be required to pay for the exact drug trials Letha is being subscribed. While the politicians debate about repealing the already lacking support systems for the poor, people’s lives are falling through the cracks. Actually, Letha is one of the lucky ones. The artist community around her has stepped up with countless benefit concerts and financial donations so she could get by financially up until now, and that makes us wonder what it is like for people that aren’t semi-famous underground artist-types.
It turns out that Letha’s husband is famous too. Guitarist and composer Dan Melchior has put out more records than anyone we know and if you don’t know who he is, then you’re either in your early twenties or way too mainstream to be reading this press release. Dan quit his day job to take care of Letha two years ago and since then it’s been just the two of them and their parakeet Glen shacked up in a little house in Durham, North Carolina trying to heal. Between countless trips to the doctor, Dan has managed to record some new music and even has a new record coming out on Northern Spy September 11th that is dedicated to his wife. It’s called The Backward Path and the album is an outright, unapologetic love letter–as moving a love letter as you have ever read. The songs show Dan in the depth of longing, longing for sleep, peace and health to come to his life again. A ton of amazing musicians helped make the album too. C. Spencer Yeh plays some violin on it. Haley L. Fohr from Circuit des Yeux sings, Anthony Allman from Dan’s Un das Menace band plays some keyboards, Ela Orleans adds some vocals, keyboards and guitar, and Sam Hillmer from Zs screams his saxophone over the top.

Northern Spy is donating all profits from the sale of the first pressing of The Backward Path to help pay for Letha’s ongoing health care costs and we hope to sell a lot of them. You can help by buying one, right now. Tell everybody you know to buy one too.

You can also send donations directly to Letha here, or if you are looking for tax-deduction, our sister company, the not-for-profit Jump Arts is also taking donations for Letha’s recovery. Make your tax-deductible donation by credit card here or send a check to Jump Arts – 39 Hawthorne Street, Brooklyn, NY 11225. Jump Arts is registered with the Department of Charities and is a 501 (c) 3 tax exempt organization that supports artists in their personal and professional development. All funds collected go directly to Letha or to paying her medical bills. 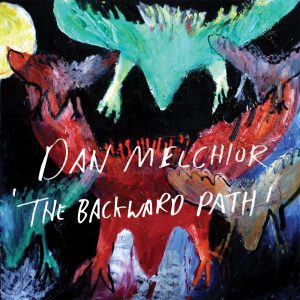 4. I Have Known The Emptiness,

“At this point Dan Melchior only makes worthwhile records. There are many, and nearly all of them go in a different direction, sometimes within the context of that release. He may be … scratch that, he is our most consistent singer-songwriter among those who’ve been prolific at every stage of their careers, and should at least be as widely known and accepted as guys like Robert Pollard and Nick Saloman.”
– Doug Mosurock, Dusted

Starting out in London as a devotee of various blues and old time country musicians (Skip James, Dock Boggs, Robert Wilkins, etc) Dan Melchior soon found that slavish impersonation wasn’t the right route for him. After a period of mainly re interpreting traditional material, Melchior found a way to express his own concerns and ideas lyrically, and set about melding them to a backdrop of over driven, buzzsaw rock, with various collaborators. The resulting band was called the Broke Revue. Dan moved to NYC in 2000 to be with his (then girlfriend) Letha Rodman and to pursue playing in this band with American musicians including Brad Truax (Interpol). The Broke Revue released 5 albums on various underground labels, did a number of US tours, and eventually called it quits in 2004. Dan carried on writing and releasing records without respite, with ‘Hello, I’m Dan Melchior’ and ‘Firebreathing clones on Cellular phones’ emerging before he made the break and moved down to Durham NC in 2006.

Since then, Melchior‘s music has really come into its own – mostly under the moniker ‘Dan Melchior Und Das Menace‘, (although no other musicians actually play on the recordings) successfully melding a hodge podge of disparate elements into a cohesive whole that brings to mind veteran UK and US underground bands like The Swell Maps, Andrew Klimek, Chrome andAlternative Television more than they do old blues men or the tweedy garage rock conservatives of his past.