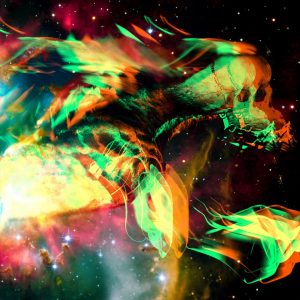 The term ‘unique’ is often thrown around, but in 2010 when Castrovalva’s eagerly awaited debut album ‘We are A Unit’ was unleashed on an unsuspecting world they really did intrigue, confuse, excite and at times disturb listeners. Love them or hate them Castrovalva got people talking.

Their huge and harsh bass driven-rock sound coupled with pop overtones, a hip-hop inspired album concept and one of the highest pitched voices in the UK rock scene had writers reaching out all over the place to try and find suitable comparisons. Acts such as Hella, Death from Above 1979, Lightning Bolt, N.W.A, Notorious B.I.G and even Prince were all mentioned in reviews with the likes of NME, Artrocker, Rock A Rolla, Rock Sound and Drowned in Sound all heaping praise on the album.

Since then Castrovalva have kept their musical cards very close to their chest leaving many wondering what direction they’d take next. There were brief glimpses in 2011 when new tracks featured on a split 10” between Dance to the Radio and Brew alongside Hawk Eyes, Blacklisters and Dolphins and further split with Kong, Shield Your Eyes and That F*cking Tank.

The band ended the year playing the BBC Introducing Stage at Leeds & Reading Festival where BBC Rock Show’s Daniel P Carter tipped them as one of 5 bands to watch alongside Deftones, Bring Me The Horizon, Jimmy Eat World and Weezer.

Now at this point in 2012 Castrovalva are back with their new album ‘You’re not in Hell, You’re in Purgatory My Friend’ set for release through Leeds label Brew (Nine Black Alps, Kong, Blacklisters, Humanfly) on 1st October. As with everything associated with this band the only thing you can ever expect is the unexpected.

This time the flirtations with hip-hop are gone and replaced with ideas and themes focused on things closer to home where the subjects of friends, family, fatherhood and broken relationships are all explored. But while lyrically at times this may be a far more serious record the fun and excitement is still very much there with blaring synths very much at the forefront alongside those crushing but addictive bass-lines.
All this becomes ever so apparent when you listen to the double AA singles ‘Señorita’ and ‘I am the Golden Widow’ (released digitally on 16th September). Over just two tracks Castrovalva clock up a record number of influences jumping between rock, dance, noise, metal and even Motown for a brief moment.

In the past they have shared the stage with the likes of Health, Adebisi Shank, An Albatross, Pulled Apart By Horses, Tek One, &U&I and Melt Banana to name a few. Now in October they will hit the road as main support with label mates Nine Black Alps where they will no doubt confuse and delight people in equal measure.

Check out the new album teaser below-

Track ‘Best Friends Go To Purgatory’ from the forthcoming Castrovalva album ‘You’re Not In Hell, You’re In Purgatory My Friend’, due for release in October 2012.

Papercutz’ Release New Album ‘The Blur Between Us’