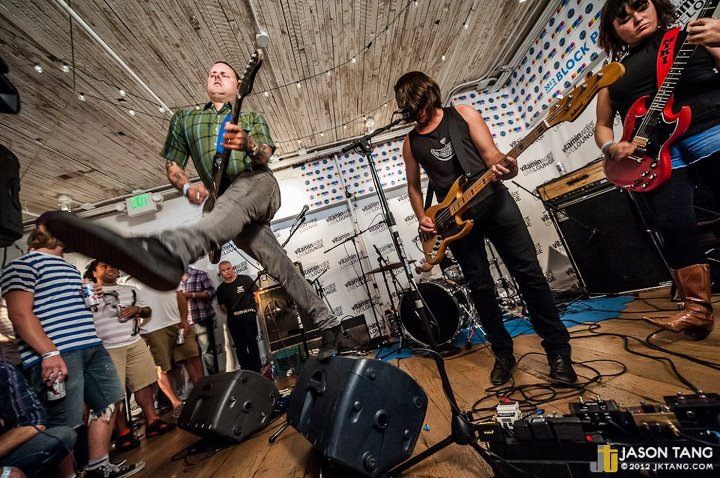 GOOD TO DIE RECORDS has partnered with UK label BIG TEA RECORDS to release a limited edition, hand numbered ABSOLUTE MONARCHS 7″ featuring two scorching tracks from their debut full length 1, released this past April. On the A side is “To Hell, Let’s Masquerade” and the B Side “Thinking Thieves”. This release is limited 350 copies with only 50 being available directly through GOOD TO DIE RECORDS in the states. The remaining 300 will be distributed exclusively in the UK.

We are delighted to announce our first signing, the fabulous ABSOLUTE MONARCHS, with details of their first European single to be released on September 17th.

ABSOLUTE MONARCHS deliver a blend of post-punk and indie rock which has been perfectly captured on record by acclaimed producer Matt Bayles, whose achievements include working with Mastodon, Minus The Bear, Russian Circles and Helms Alee. Across both tracks featured on this exclusive 7” vinyl single, the band display an innate ability for songwriting, for seamlessly combining their rock roots with vocal melodies and boundless energy to create something immediately memorable and utterly captivating.

ABSOLUTE MONARCHS talent hasn’t gone unnoticed. Prior to signing to GOOD TO DIE RECORDS and releasing their debut album 1, the band graced the stage with Red Fang, Les Savy Fav and Cold Cave and have attracted worthy, notable praise from Spin.com, who named them as one of “6 Northwest Bands You Need To Know”. The band have also played a recent live set on influential Seattle radio station KEXP from their main stage show at the Capitol Hill Block Party and have a busy live schedule ahead of them. ABSOLUTE MONARCHS are another fine addition to the ongoing legacy of Seattle, one of the greatest breeding grounds for rock music in the world.

BIG TEA RECORDS is very proud to be releasing a limited edition white vinyl 7” single, the first signing to BIG TEA RECORDS under exclusive license from GOOD TO DIE RECORDS. Limited to just 300 units for Europe and 50 units in the United States, this hand numbered record is instantly collectible whether you’re a fan of the band already or just discovering ABSOLUTE MONARCHS for the first time.

The single is available now to pre-order at a reduced price on the Big Tea Records website: www.bigtearecords.com