10 Years Release New Album “Minus The Machine” Out Now 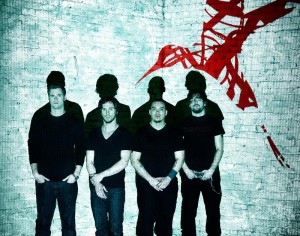 10 YEARS RELEASE MINUS THE MACHINE TODAY

“Minus the Machine stands out as the best album from 10 Years yet and one of the year’s top rock records. All boundaries are gone and 10 Years stand victorious once again. We need more bands like them…”

10 Years release their new album MINUS THE MACHINE today (August 7) on their own Palehorse Records in partnership with Warner Music’s Independent Label Group (ILG). Fans can purchase the album now for $7.99 at Best Buy stores and online HERE. A special iTunes deluxe version of the album with three bonus tracks – “Baptized in Fire,” “Backlash” (acoustic) and “Soma” (acoustic) – is also available HERE. The album’s hard driving single “Backlash” is spinning nationwide at Rock Radio and climbing the Active Rock chart, currently #26.

Leading up to the release of MINUS THE MACHINE, 10 Years has taken over the web partnering with several high profile websites to deliver advance, exclusive content for fans. The first single “Backlash” premiered exclusively on MonsterEnergy.com last month while Loudwire.com teamed up with the band to debut a video for another song off the album, “Knives.” Elsewhere, Drum!Magazine.com shared an intimate video lesson with drummer/guitarist Brian Vodinh of “Backlash,” who demonstrated his unique patterns throughout the track.

10 Years world premiered their official “Backlash” music video (in addition to an exclusive in-studio interview) on July 27 with FUSE TV.

Revolver offered fans the first listen of “Baptized in Fire,” one of the three songs available exclusively on the iTunes deluxe album. Lead vocalist JESSE HASEK told the site, “We decided to release this song to show fans how much a song can change during the writing process. ‘Baptized in Fire’ turned into what is now known as (Minus the Machine track) ‘Tightrope.'” Purevolume recently revealed the official lyric video for “Backlash” and praised 10 Years noting, “Knoxville, TN’s 10 Years expertly blend alt-rock melodies with metal instrumentals to create an eclectic sound that’s heavy without being crushing, and melodic without being soft. Take, for example, ‘Backlash’ – a tune which shows no mercy, but doesn’t allow its tearing instrumentals to overpower the message being conveyed by front man Jesse Hasek’s monstrous vocals.”

In addition to self-releasing the new album, the band — Jesse Hasek (Lead Vocals), Brian Vodinh (Guitar/Drums), Ryan “Tater” Johnson (Guitar/Screams) and Lewis Cosby (Bass) — produced MINUS THE MACHINE themselves. The disc is sonically powerful, haunting, and textured; while lyrically exposed, intimate, and personal. Most importantly, it undoubtedly represents the soul of 10 YEARS.

“First and foremost, when it’s all said and done, we’re proud of this album in its entirety,” Hasek says. “That speaks volumes to us because we’re our own worst critics. We pick everything apart. An album is your child, it’s your baby, and you know it better than anyone. To sit back and be 100 percent proud of what we’ve accomplished is so gratifying, and we think everything else will fall into place. We hope that everyone will enjoy what we’ve tried to do.”

Fans can pick up Minus The Machine right now for just $7.99 at Best Buy.