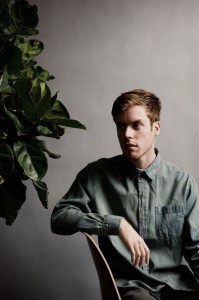 On Monday 27th August WILD NOTHING will release his new album – and Bella Union debut – Nocturne into the World, and we are pleased to share with you the artwork for this very fine album. The CD version of Nocturne will come with one standard cover, however the vinyl edition will come with six alternate cover sleeves within each copy. You can see each of these above.

Ask Jack Tatum what ‘Wild Nothing’ means and he’ll answer: “a contradiction”. In 2010, 21 year old Tatum released one of the finest cult pop records of the summer whilst ensconced in his senior year of college in Blacksburg, VA, a small mid-atlantic town better known for producing football fans and engineers than musicians. Tatum lives in contradictions. You’ll often hear Wild Nothing referred to as a ‘one man pop band’. Jack creates in the studio, alone. On the road, he’s with a band. There are two Wild Nothings.

The critically acclaimed debut Gemini was underpinned with summery childhood longings, and shot through with the instant dichotomy of anxiety and almost whimsical paranoia. The album, which was home recorded by Tatum and rooted heavily in 80’s indie-pop, quickly gained popularity through the internet. Tatum assembled a band of Virginia friends and hit the road for the first time. Gemini showed a promising future for a songwriter who wore his influences on his sleeve while still approaching pop craftsmanship in his own way. When asked about it in regards to Nocturne, Jack states: “I don’t think it’s going to be a secret to anyone that I care about pop music, but it’s definitely more my sense of what pop music used to be or even what pop music would be in my ideal world”.

The new album Nocturne, is a window into Tatum’s “ideal world” of pop music. Written largely while living in Savannah, GA during 2011, the songs that became Nocturne speak to a new Wild Nothing where the lines between Jack’s influences and personality have been further blurred. The album features some open references to past music just as Gemini did, but it’s also an album that feels much less rooted in anything in particular and, well, more adult.

Gemini was written before there were Wild Nothing fans or even a live band; Nocturne is different. With an unexpected fan base to turn to, Jack spent more time perfecting his craft. The obsessiveness of Nocturne is inherent in it’s gentle harmonies, orchestrated synths, wandering voice, and songs that speak of his post-Gemini experiences as he explores new paradoxes of pop.

And yet Nocturne isn’t obvious, it is a strange and distinctive musical beast, the product of an obsessive pop vision that creates its own reality.

Wild Nothing will be playing show in the UK/Europe in October & November with new label buddies The Walkmen, those dates below…

By Surprise Begin Working on New 7″ EP, Due Out This Fall on Topshelf Records