Tief In Marcellos Schuld Presents: Sodium ‘Every Stone Made Me Stumble’ Album Release 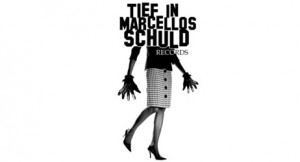 Tief in Marcellos Schuld are a very valuable label to us. The little record label are based in Germany and area currently making their mark for helping artists worldwide and priding themselves on their DIY ethics.

Nicholas and Dennis founded the record label back in 2008 and not only is it still going strong but its constantly impressing us with its consistent flow of new high quality releases. Based in Northern Germany, the DIY label tend not to focus on a particular genre but aim to release music they like. All of the releases are pretty limited with the goal to make all releases something special.

The label are back on the website due to their latest effort- found in the newest release of 5 piece outfit Sodium.

Sodium consists of Lucas on Vocals, Hendrik on Guitar and vocals, Chris on guitar, Czassi on bass and Julian on drums. The hardcore punk outfit have gained themselves legendary status in a short amount of time and are currently going from strength to strength. The band have just released their new 6 track album ‘Every Stone Made Me Stumble’. Which saw Tief in Marcellos Shuld produce the final finished record. It’s official release date has just passed, July 19th was a momentous occasion for both the act and label. 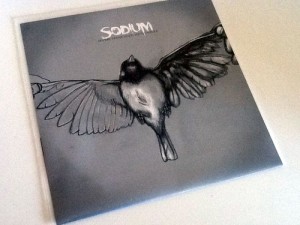 Every Stone Made Me Stumble Tracklisting

The album is streaming in its entirely below-

As mentioned previously the fantastic thing about Tief is their unique physical releases. This is no exception- The first Time Sodium hits vinyl. Some killer tracks on a clear-yellow onesided LP, coming with a nice screenprint on the back. 300 made plus a limited Edition of 25 with an alternative Screenprint.

You can get your copy now via Tief In Marcellos Schuld Store- http://www.goatreich.com/marcellosshop/product_info.php?info=p47_sodium—every-stone-made-me-stumble-lp.html