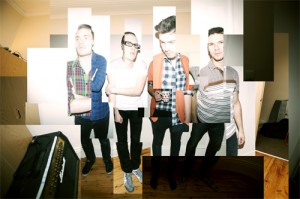 Over the course of their two previous singles “Animals” and “Family”, The Cast of Cheers have emerged as one of the most vital and potent new bands around – welding a knack for the instantly infectious chorus to a rousing musical backdrop which calls to mind post-punk heroes like Gang of Four and Richard Hell. A run of support slots with Blood Red Shoes also confirmed them as one of the most compelling live acts the UK has to offer. 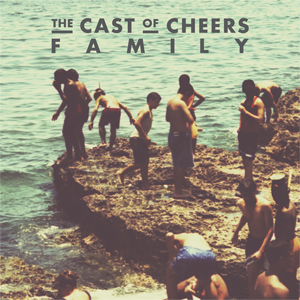 Hot on the heels of the arrival of their much anticipated album “Family” on July 23rd, The Cast of Cheers are releasing their brand new single “Human Elevator” – perhaps their most addictive track to date. As drums pound and looped riffs unspool, lead singer Conor brings a thrilling air of combustible menace to proceedings as he sneers, “we go down/ I spit you out” in the verses before exploding into a volatile chorus, making it one of the finest slices of angular dance rock you’re likely to hear all year. Get very excited for the album now.