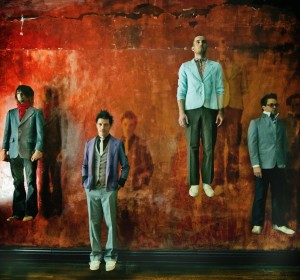 Before heading out on their own, Mutemath will join Linkin Park and Incubus for this year’s annual Honda Civic Tour. The tour kicks off on August 11th in Virginia and will crisscross the U.S. before wrapping up in San Diego on September 10th.

Mutemath’s latest album, the critically-acclaimed Odd Soul, was released on October 4th 2011 on Teleprompt/Warner Bros. Records. Since its release the band have rocked venues nationwide on two U.S. headlining tours, appeared on The Tonight Show with Jay Leno and Jimmy Kimmel Live! and were selected as a VH1 “You Oughta Know” artist.

Watch their most recent video for ‘Prytania’ here:

The World Is A Beautiful Place & I am No Longer Afraid To Die Announce Tour Dates; Debut LP ‘Whenever, If Ever” Out This Fall on Topshelf Records‏