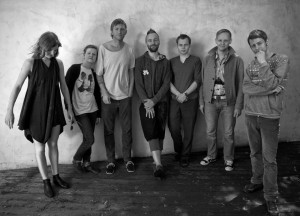 Experimental Icelandic collective múm has released a new video for “Hvernig Á Að Særa Vini Sína” (How to Hurt Your Friends) directed by Máni M. Sigfússon, and new single entitled “0,000Orð.” Premiered with Stereogum, both tracks are taken from Early Birds, a compilation of 15 songs recorded between 1998 and 2000. Out now through Morr Music, the album comprises long-lost and extremely rare tracks taken from demo tapes and limited edition vinyl releases. Early Birds acts as a pastiche of the band’s formative years, but the soft electronic glitches, incorporation of traditional and unconventional instruments, and múm’s minimalistic melodies remain the common thread.

In the year of 1998 pop music had an “anything goes” mentality: guitars and electro, retro sounds or wicked forays into the digitized future. At this time, founding members Gunnar Örn Tynes and Örvar Þóreyjarson Smárason had been making music together as múm for about a year. The two bandmates were basically nomadic drifters, constantly moving from one basement studio to the next, traveling through Europe, recording anything and everything that came to mind. Whenever they felt like getting some fresh air, they would go out with their DAT recorders to do field recordings – only to return to some unfurnished apartment in Reykjavík, Montpellier or Berlin in order to mix and combine all the recorded material. Early Birds is all about those days. Both the LP and CD version include a booklet that explains how each of the 15 (mostly instrumental) tracks came to be. 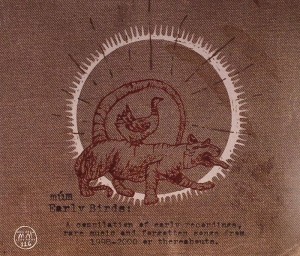 IN MIRRORS share new single & video “Human” via Italians Do It Better + US tour with Chromatics & Desire starts this month!