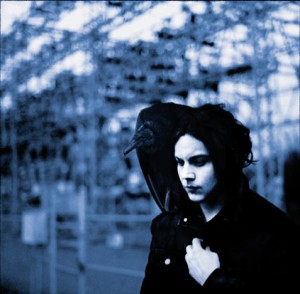 Jack White has unveiled an exclusive first look at ‘Freedom at 21,’ the third video from his universally acclaimed debut record Blunderbuss (Third Man/Columbia). ‘Freedom at 21’ is directed by Hype WIlliams, whose trailblazing 1990s work with 2Pac, The Notorious B.I.G. and Missy Elliott defined the modern hip hop visual aesthetic–and whose more recent clips for Kanye West and Nicki Minaj expanded it that much further.

For his first interpretation of a Jack White song, Williams infuses his signature style with elements of classic American Grindhouse–the result being a clip that defies and smashes the conventions and boundaries of both the hip hop and rock video worlds.

Get a sneak peek of ‘Freedom at 21’ before the full length video premieres Monday, July 16th by watching the trailer here:

Additionally, “A Conversation With Jack White” will take place on Friday, August 10th at the Clive Davis Theater at The GRAMMY Museum in Los Angeles, CA. Jack will sit down with GRAMMY Museum Executive Director Bob Santelli for an afternoon discussion starting at 1 pm PT. Third Man Records Vault members can enter to win tickets today to this exclusive event here: The Vault // Third Man Records // Home. American Express Cardmembers will be able to purchase tickets through an exclusive pre-sale starting tomorrow, July 13th at 12 pm PT, followed by a general on-sale Wednesday, August 1st at 12pm PT here: The GRAMMY Museum® :: Programs :: Upcoming Programs.
Finally, as of July 10th, the B-sides to Blunderbuss’ three singles to date, were made available digitally for the first time. Previously available only on vinyl, ‘Love Interruption’ b/w ‘Machine Gun Silhouette’, ‘Sixteen Saltines’ b/w Jack’s cover of U2’s ‘Love Is Blindness’ and ‘Freedom At 21’ b/w ‘Inaccessible Mystery’ can now be purchased at online retailers.

In the meantime, Jack White and his Peacocks and Buzzards continue to tour the world. See them here:
Tourdates