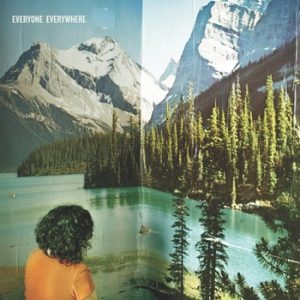 Everyone Everywhere are currently causing quite a stir in the DIY industry. A few days ago we posted you an interview regarding the band’s decision to offer their vinyl pre-order as a ‘name your price’ option. Following its success the band have now released their first music video for track ‘Queen Mary II’.

A few weeks ago, the band announce their new, self-titled LP, which will be released August 7th.

The band offered the first 100 vinyl pre-orders for the new record using a “name your price” model. Meaning anybody could pay anything they wanted for the record, or as the band liked to think of it, however much you feel the record is worth to you. The pre-orders have now sold out using the scheme and the response was overwhelming.

For more information read this fantastic article and interview with the band here- http://www.forbes.com/sites/leorgalil/2012/07/06/philadelphia-band-everyone-everywhere-on-letting-fans-decide-what-to-pay-for-physical-media/

The first 100 pre-orders receive a limited DVD, containing the band’s full album music video, which they’ve yet to premiere. It’s very cool. The first pressing is limited to 500 records. All are a very lovely blue-green color.

As an added bonus, when announcing the album pre-orders the band premiered another new track from the album, titled “Queen Mary II”.

Weeks later the band have just unveiled their music video for Queen Mary II which you can find streaming below. Also it features a good friend of Circuit Sweet and contributor to the site Matt Diewald.

Everyone Everywhere sets out to film a music video with visionary director Spice Lee. As Spice walks the band through his grandiose plans for the video, things do NOT go as planned. Haha, Spice Lee, what the heck are you doing!?

And a very special thanks to these wonderful people:
Hamza K and PhilaMOCA http://www.philamoca.org
Expressway Productions http://www.expresswayproductions.com

There is also now a European Pre-Order live, at Big Scary Monsters website.

You can also find Queen Mary II and another new track $1,000,000,000 taken from the forthcoming new album streaming via bandcamp below-

We love this Philadelphia talent.

Mark Mulcahy shares video for “What If I Go Off With Bob?” + UK tour kicks off 31st August