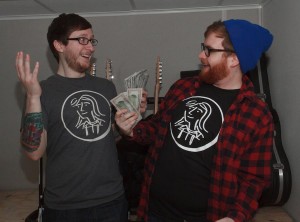 Here at Circuit Sweet we can’t express the love we have for Dads and their Label Flannel Gurl Records.
For those of you unaware of Dads- now is the time to familiarize yourselves with the talented two piece consisting of  John Bradley – Drums/Vocals and Scottty Scharinger – Guitar/Vocals. The two piece emo punk band from NJ are set to release their debut full-length on the fantastic Flannel Gurl Records August 7th. The upcoming release titled  American Radass (this is important) is now available to pre-order. Head to Flannel Gurl Records shop here-   http://flannelgurl.bigcartel.com/ 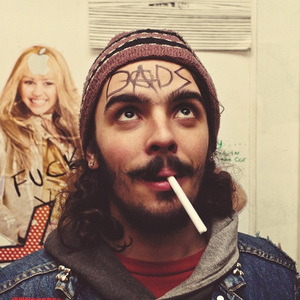 Dads are a two-piece emo/punk band from New Brunswick, NJ. They will be releasing their first proper full length entitled American Radass (this is important), which was recorded at Format Audio (My Heart to Joy & The World Is…) by the amazing Ryan Stack. Dads will be performing at I Got Brains! Fest in August and will be touring the entire US throughout the fall.

PRE-ORDER CONTEST
One random pre-order will be selected to receive a test press of American Radass (this is important).

The official release date of this record is August 7, 2012. The records will be shipped a week before the release date and as the date approaches Flannel Gurl Records will be emailing all the wonderful people who have pre-ordered the record a download code of American Radass (this is important).

Pyramid of the Sun.