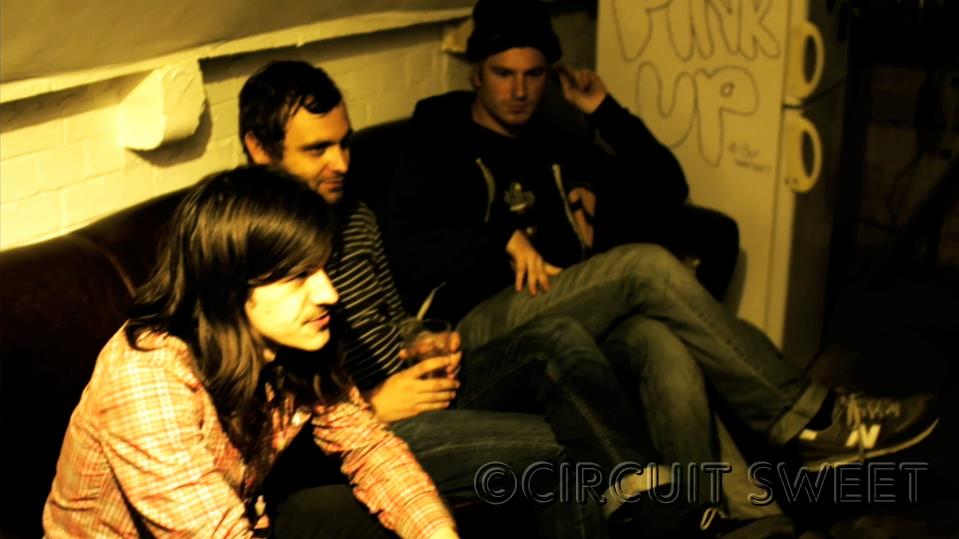 The enigmatic Sacramento based 3 piece Tera Melos are no strangers to Circuit Sweet.

As previously stated Tera Melos have built up more than a reputation for themselves in the 8 attentive years their name has been known .Nick Reinhart and Nathan Latona found themselves in a tough position following the disbandment of their former outfit- no regard. Needing to continue their music; Tera Melos was formed in 2004 and has since released 1 split, 5 EP’s and 3 albums. Lost an original member, gained a new talent in drummer John Clardy, played copious amounts of live shows and signed to Sargent House Records. The three aside from touring are currently writing material for their latest album release.

After finally getting the chance to see the legendary band last year during their long overdue UK tour, we then had the pleasure in speaking with guitarist Nick on behalf of the band. This interview proved such a popular feature the amount of views it received crashed the site!- Still one of the most loves article on our site which you can re-visit here-
https://circuitsweet.co.uk/2011/08/tera-melos-interview-feature-circuit-sweet-exclusive/

Since last year’s interview we have kept close with the band and all the Tera Melos updates. We’ve even had Nick join us for our end of year special feature Rad Releases. In February of this year we published the announcement that Tera Melos were returning to the UK. It was announced Tera Melos would be heading overseas in May to headline a massive UK/EU tour after playing some of the April re-union shows with legendary fIREHOSE in the states. Their tour took them to the UK, Ireland, France, Sweden, Czech Republic, Germany, Italy, Russia, Ukraine and many more places.

During their colossal touring schedule Circuit Sweet managed to catch up with the three a few times during their UK dates. Earlier in the week our very own Aulos got to play alongside Tera Melos with good friends Alright The Captain and Cheap Jazz during the first Buttonpusher all dayer in Nottingham ( a live feature and gig photography of the event can be found here- https://circuitsweet.co.uk/2012/06/in-pictures-buttonpusher-presents-tera-melos-alright-the-captain-aulos-cheap-jazz-and-more/. A few days later we traveled down to Bristol to enjoy another live performance from the trio at The Fleece. Alongside this we had the chance to spend some time with all three musicians prior to their set. Without overlapping the previous interview it was a privilege to spend time and speak with Nathan, Nick and John about their much loved and in some respects worshiped band.

Watch the Exclusive Live Interview with Tera Melos Below-

After the interview we got down to the stage to witness another unmissable performance from the band. Seriously a group of musicians who have the ability to impress and captivate an audience no matter how many times they’ve seen them live. Their sets are both courageous and unpredictable providing countless momentous orchestrations.
Tera Melos were welcomed to the stage from a room filled with adoring fans simply amazed by the outfit’s talent and besotted by the unconventional song structures, alluring riffs and abrasive beats. 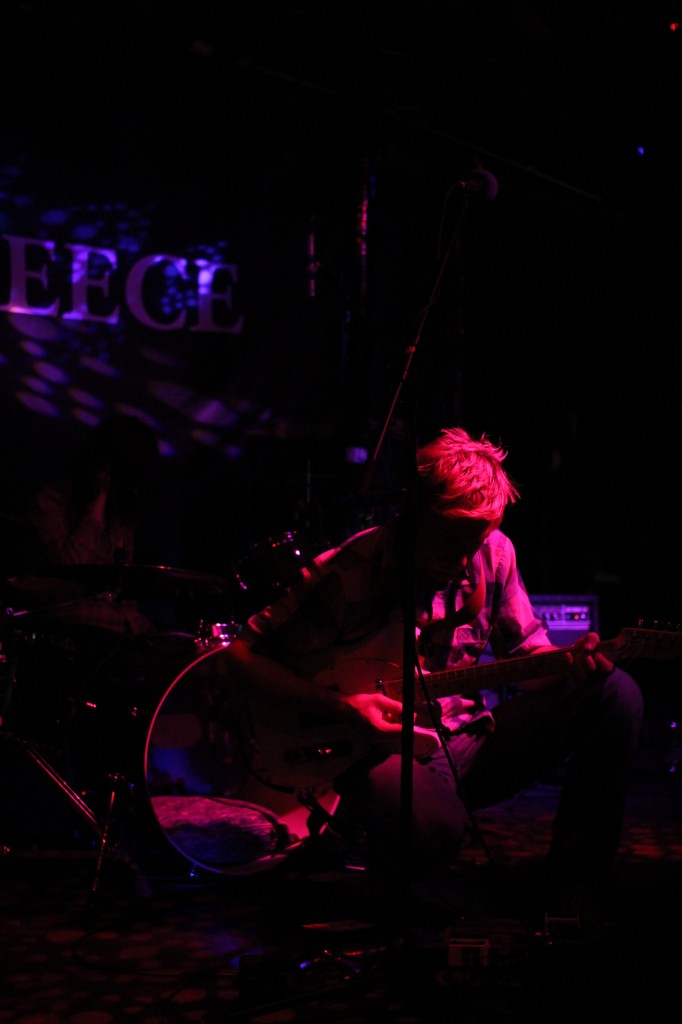 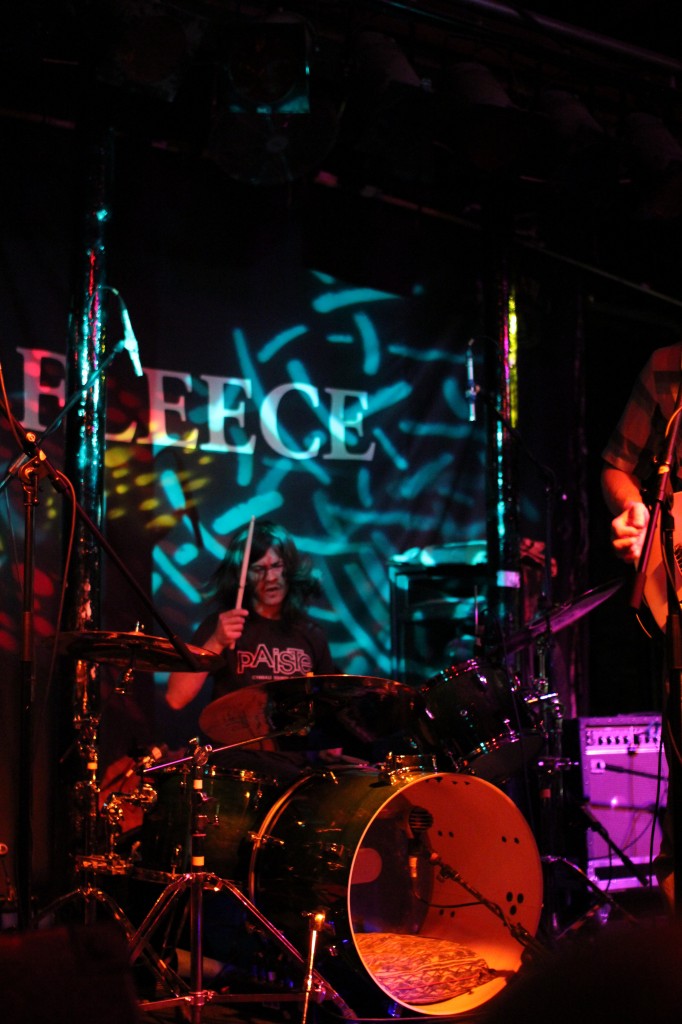 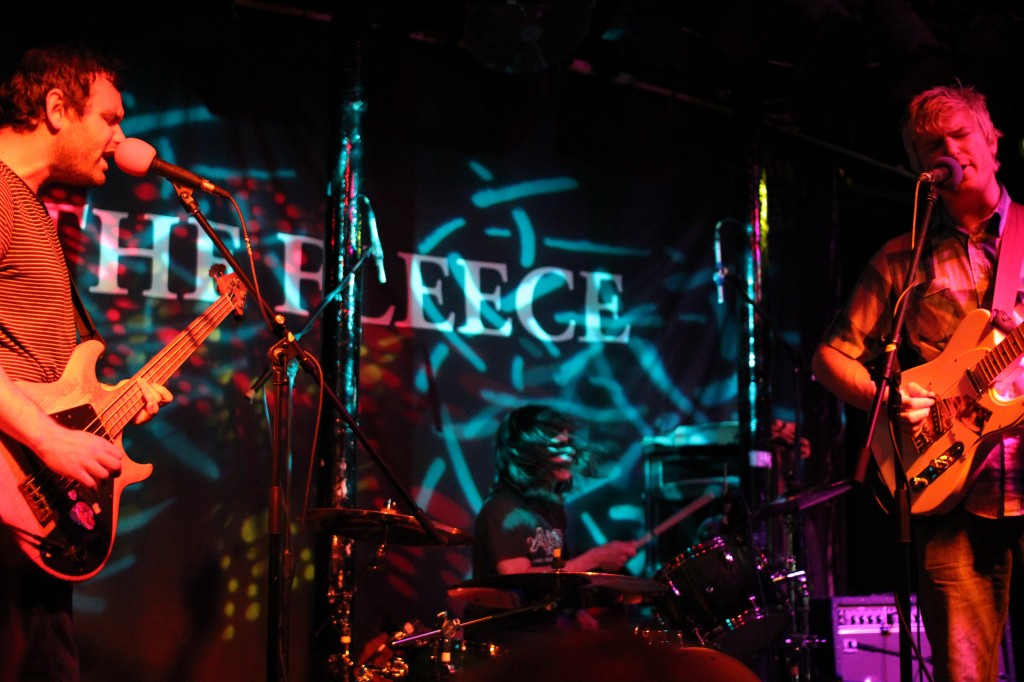 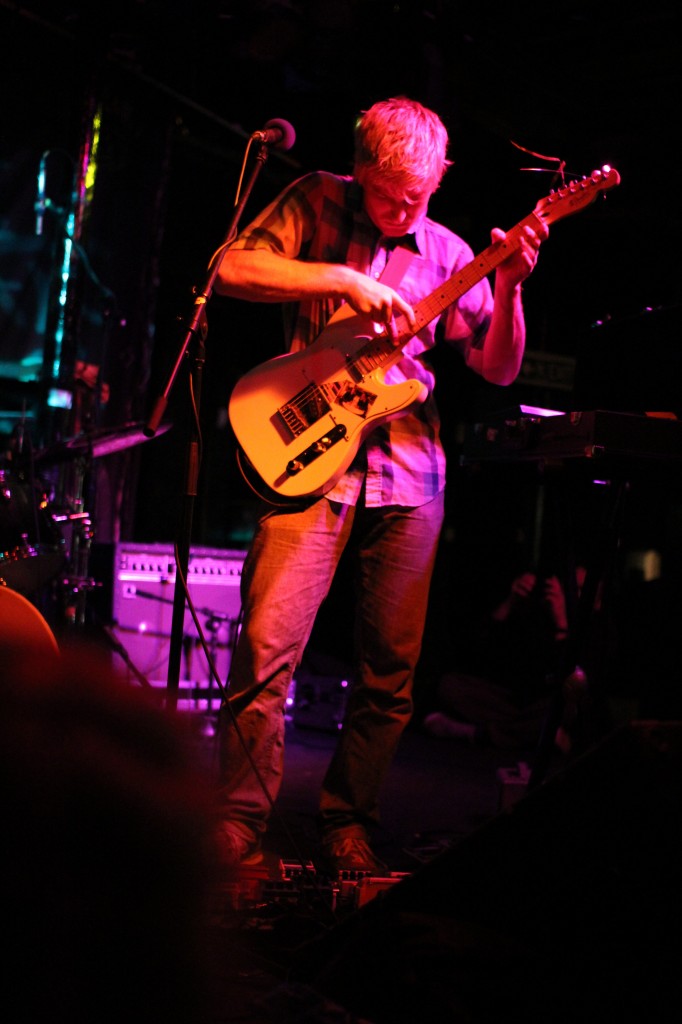 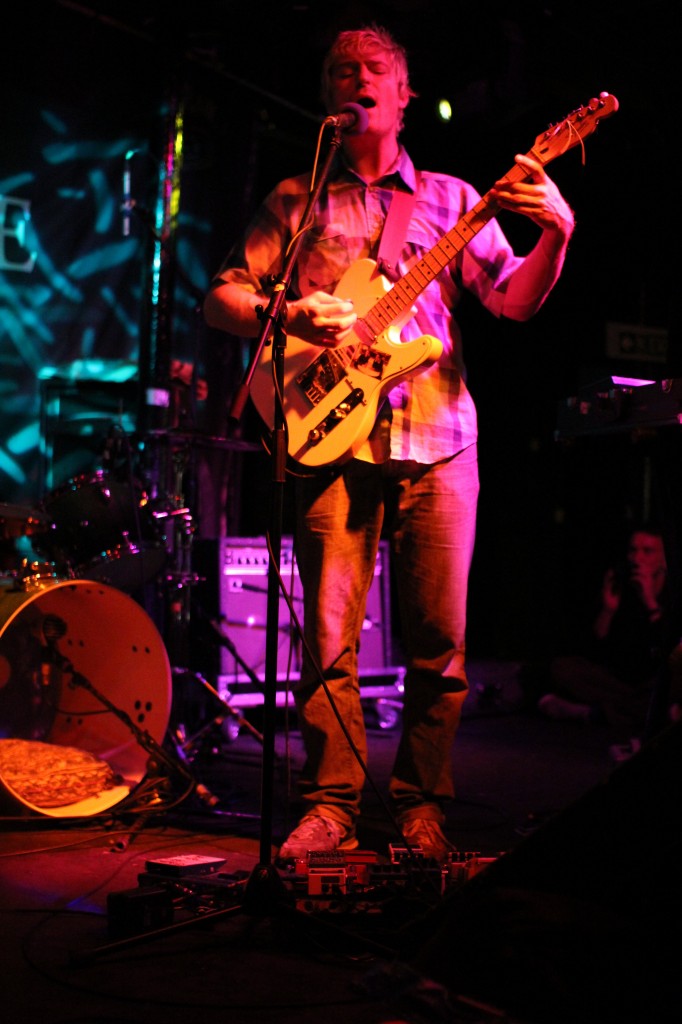 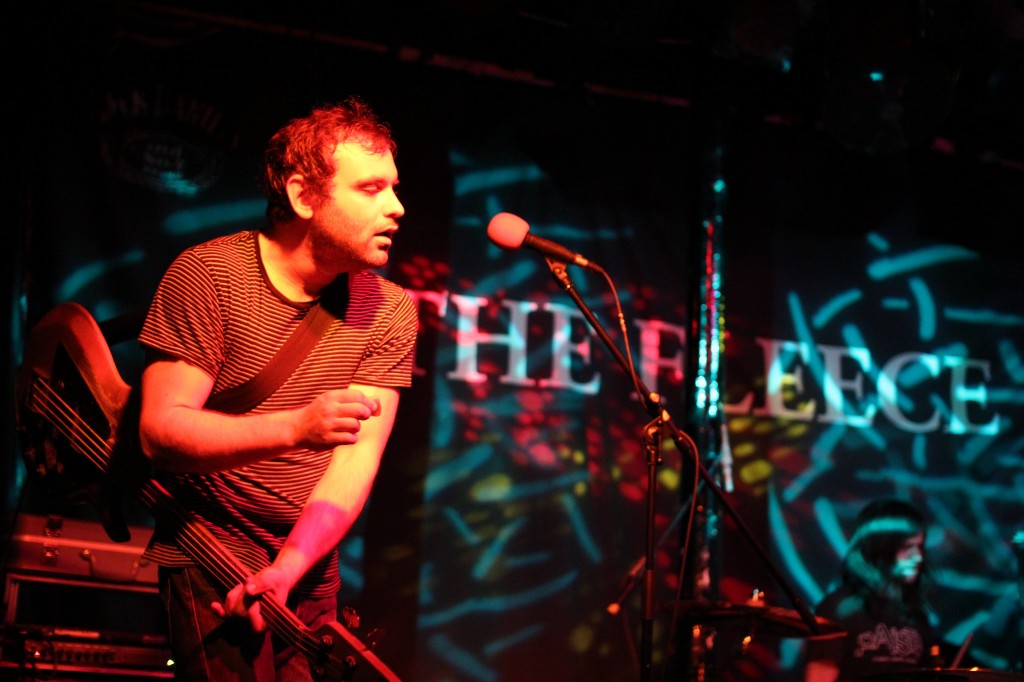 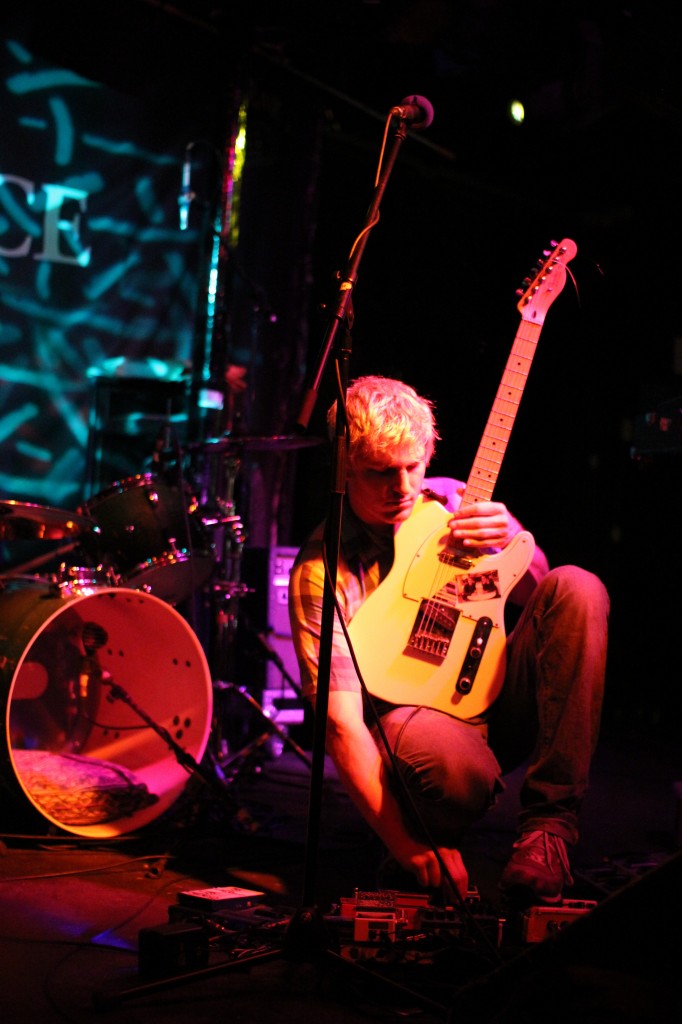 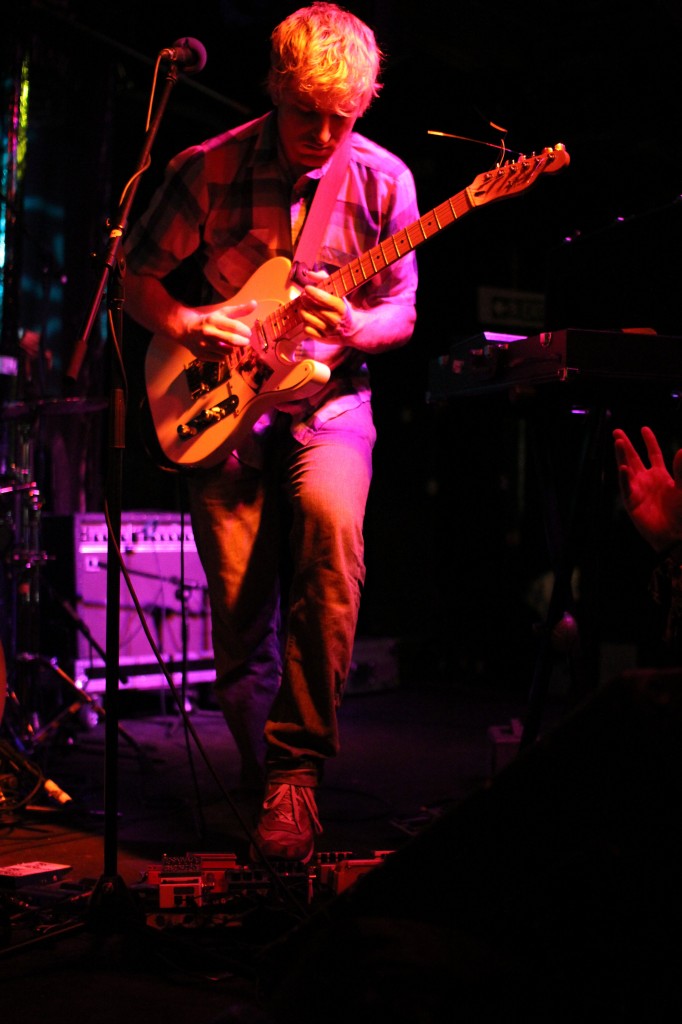 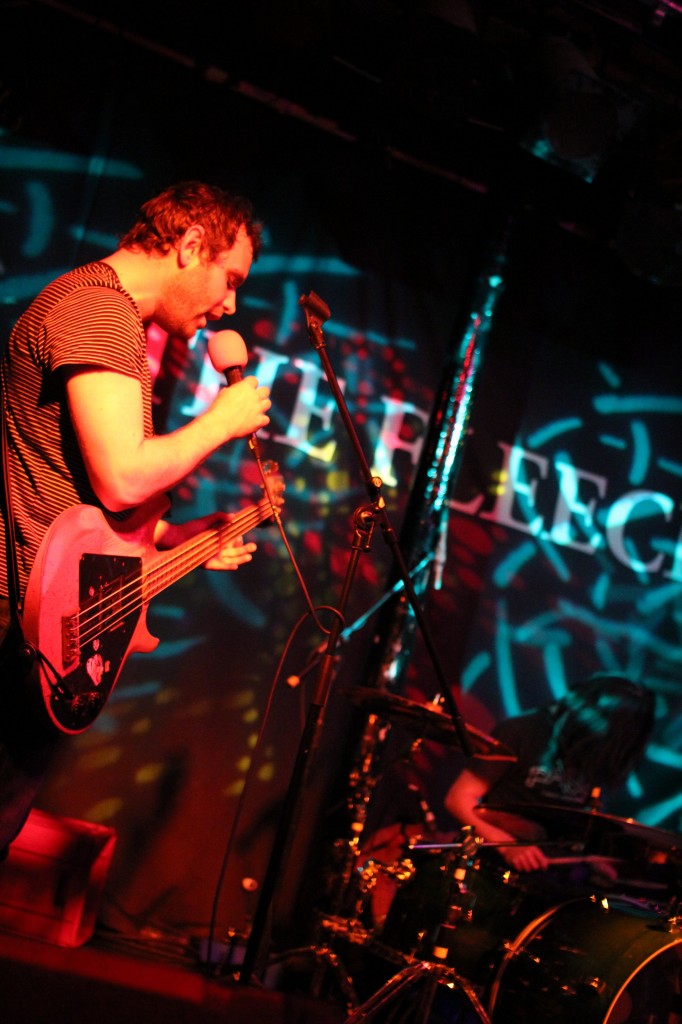 Their set compromised as a showcase to their notorious material established throughout their wide array of previous releases, including the right blend of songs taken from their sophomore release fused with their even newer material taken from their forthcoming release- to the fans in the crowd this material was unheard of prior. The band used their shows to get a feel for their new orchestrations and the reception they received. The set in its entirety digressed throughout and maintained a thoroughly energetic, enthusiastic and fiery act. Hard to believe the three have been pushing themselves every night for months- once they step on stage they embrace their abilities, their workmanship and provide an intricate and allusive attainment. Nick, Nathan and John’s resilient and engaging talents shine consistently – leaving ourselves to stand by last years statement that not only is Nick one of the best frontmen of his generation but this band are an inspirational outfit who project a tight rapture bringing set. Dynamically their set remains sublime. Simply a lot to take in. Visually leaving you questioning what you just saw, hearing left in hiding, leaving you speechless. A sign of a powerful act.

Again we’d like to thank Nick, Nathan and John for their time with Circuit Sweet and we urge you to support this great act. A must see live.