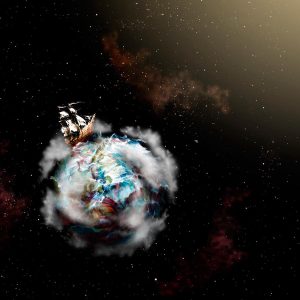 Circa Survive have announced the release of their fourth full-length album, Violent Waves , due out on August 28th. The five-piece rock band from Doylestown, Pennsylvania recorded and self-produced the eleven-track album earlier this year at Studio 4 in suburban Philadelphia and will be self-releasing the album using direct-to-fan distribution.

The band has developed a new method of releasing their records, having previously recorded for Equal Vision and Atlantic Records. In conjunction with Topspin Media, The Uprising Creative and Firebrand, the band has built a web delivery system that will allow them to deliver their new album directly to fans without any record label or distributor involvement.

Circa Survive has always prided themselves on their extraordinary relationship they have with their fans – this new release model will allow them to push the self-release paradigm one step further. Their most recent album Blue Sky Noise was released in April 2010 and debuted at #11 on the Billboard and Soundscan Album charts.

Fans can pre-order the album directly from http://www.circasurvive.com. A variety of bundle options are available including deluxe vinyl packaging hand-painted by the band members, or for just $5 fans can purchase the digital version of Violent Waves. The band is also making the first single from the album “Suitcase” available for free download and stream.

Along with Green and Frangicetto, guitarist Brendan Ekstrom, bassist Nick Beard, and drummer Steve Clifford also announce their fall touring plans. The group will be embarking on a 33-date US tour that begins September 13 in New Haven, CT and currently wraps on October 26 in Syracuse, NY. Expect UK/European date to be announced soon.

Circa Survive sent a letter to fans that states,

We have always looked at Circa Survive as more than just a band. Above all it’s been a relationship between the five of us and you and everyone who has ever been involved in this community we’ve built together. We believe that this step will bring us even closer.

Breton announce biggest headline show to date and give away remix‏

By Surprise Begin Working on New 7″ EP, Due Out This Fall on Topshelf Records