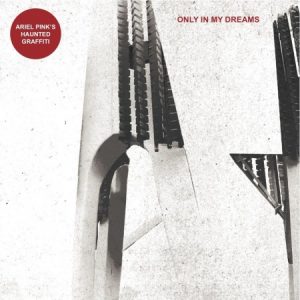 Ariel Pink’s Haunted Graffiti have revealed a new – and original – song from forthcoming album, Mature Themes, out August 20th. The song, ‘Only In My Dreams’, was given its global debut on Los Angeles radio stalwart KCRW’s Morning Becomes Electric show.

Only In My Dreams’ is the Los Angeles act’s most dazzling and melodic pop song thus far, recalling the upbeatness of The Kinks and vocal harmonics of 10cc, and offering a very different side to the band that brought the world ‘Round and Round’, crowned Song of the Year by Pitchfork in 2010. The follows in the footsteps of ‘Baby’, originally recorded by Donnie and Joe Emerson in 1979.

‘Only In My Dreams’ is the Los Angeles act’s most dazzling and melodic pop song thus far. This new song offers a different side to the band. A special one-track 12″ single of ‘Baby’ is out now, and can be purchased from the 4AD web store: http://shopusa.4ad.com/featured-4ad-homepage/baby

4AD Are offering the single as a free download via their site or featured below.

The band have also confirmed a series of European tour dates that take place in November. All dates are listed below. Tickets go on sale on Friday 13th July.