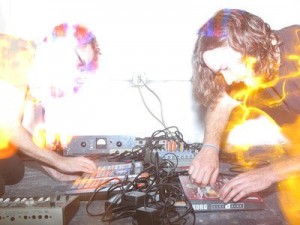 A band noted for their abilities on our site- Tiny Victories have returned with a new video for track ‘Mr.Bones’.

The video was directed by Brian Bowman, creative director at the New York production and post-production studio Nice Shoes, which has helped make music videos for Lady Gaga, Beyoncé and Kanye West. Bowman recently created films for Tycho and Blockhead, and his short films have been official selections at SXSW.

Comprised of Cason Kelly and Greg Walters, the duo formed Tiny Victories in 2010. Prior to their transplant to Brooklyn, Cason spent his early 20s doing social work with inner city kids, while Greg spent six years as a foreign correspondent, covering a war (Russia-Georgia) and two revolutions (Ukraine, Kyrgyzstan). Tiny Victories are currently at work on their debut full-length album.

Daylight’s The Difference In Good And Bad Dreams EP Out Now on Run For Cover Records; Full Album Streaming Now on BandCamp [News]‏