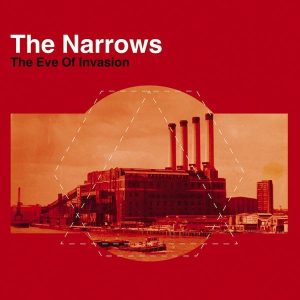 Monday June 4th sees the release of The Eve Of Invasion by The Narrows. An album the This Is Fake DIY gave 9 / 10 and described as ‘an enthralling and atmospheric record’

The album is an explosive, unflinching statement of intent from a band who are convinced that the time is now for music to say something about politics, fear, war, corruption and greed.

The Eve Of Invasion is now available to pre-order in a Deluxe Boxset that contains the CD, artwork, badge and a download code. Cognitive Dissonance Records are also releasing the album on limited edition vinyl, which also comes with a download code as well as posters, stickers & badges. To celebrate the album’s release on June 4th the band will be playing two launch shows at The Soup Kitchen in Manchester on June 8th and in London at The Urban Bar on June 9th.