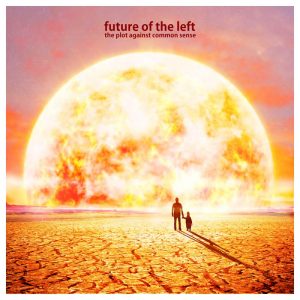 FUTURE OF THE LEFT
PREMIERE NEW VIDEO ON ROLLING STONE!
“I AM THE LEAST OF YOUR PROBLEMS”

Future Of The Left have premiered their new video for “I Am The Least Of Your Problems” on Rolling Stone today . The song appears on the band’s brand new full-length album The Plot Against Common Sense which drops today via UK-based Xtra Mile Recordings (Frank Turner, Against Me!) through its new U.S. distribution deal with the Independent Label Group (ILG).

The stark black & white performance video reflects the chaos of the song which vocalist/guitarist Andy “Falco” Falkous explains is about a “dual or split personality.” He goes on to joke “We wanted something claustrophobic and full of movement, but most specifically, something that would weed out the epileptics in the audience.”

The Plot Against Common Sense is streaming in its entirety now via AOL Spinner and has received a deluge of press coverage from a wealth of tastemaker outlets including Spin, Pitchfork, The AV Club, Vulture.com, AUX TV, CMJ and more.

The band will be in the U.S. to participate in the Northside Festival in Brooklyn, NY on June 17th playing at Europa. Tickets are available here: http://www.ticketweb.com/t3/sale/SaleEventDetail?dispatch=loadSelectionData&eventId=4603465