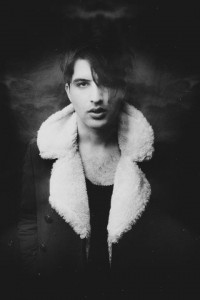 “[Mohager] stirs in a bit of everything that makes post-millennial dance music great, from ’80s synth swells to gritty post-punk guitars to yearning, lovelorn vocals.” – Spin.com

The Chain Gang of 1974 has released a brand new music video for “Teenagers.” The video, directed by O’Shea Reid, can be seen at Spinner, who describe it as, “Through Prince-era drum beats that burst into a bass-heavy rock verse, Chain Gang detail the hope children possess about their future, and the heartache they feel when witnessing their parents’ marital grief.” The song is taken from the band’s latest release Wayward Fire.

The Chain Gang of 1974 has had an excellent year since the release of their critically acclaimed album Wayward Fire. Esquire declared Wayward Fire “one of the summer’s most surprisingly fantastic new records,” with similar praise from the likes of SPIN, The FADER, NYLON, Brooklyn Vegan and more.  The year also took them on the road with the likes of Foster the People, Big Audio Dynamite, Tapes N Tapes, and The Naked and Famous, as well as a lauded performance at Lollapalooza, which Yahoo proclaimed “a fabulous onstage display.” Still, The Chain Gang of 1974 shows no signs of slowing down.  This summer, they have a tour date confirmed at Pasadena music festival, Make Music Pasadena 2012.  The concert will be held on June 16, andincludes performers such as Cults and The Ivy Walls.

The Chain Gang of 1974’s music has transcended the traditional boundaries of indie pop-rock; Wayward Fire‘s bonus track “Make My Body” was featured in Scream 4 (the film and soundtrack) and in the CW’s Monday night “90210”/”Gossip Girl” promos. Further musical outlets have been voraciously devouring the band’s singles and remixes. SPIN premiered the single “Undercover” and the band performed two songs on Fuel TV’s “The Daily Habit.” Meanwhile, The nostalgia-centric, John Hughes-era inspired, “Heartbreakin’ Scream,” premiered on Paste, and Twin Shadow’s remix of “Undercover” remix premiered via  Nylon.

The Chain Gang of 1974’s genre-jumping singer/multi-instrumentalist Kamtin Mohager created Wayward Fire in the midst of moving from hometown Denver to Los Angeles, ending a relationship, and effectively starting completely over. Wayward Fire gave The Chain Gang of 1974 the bold introduction and sense of renewal the band deserves, featuring laser-guided synth lines, shimmering keys, hands-in-the-air hooks, and choruses that cut through the rain clouds, all balanced with minor-key melodies and bloodletting lyrics.

Even greater things are expected of The Chain Gang of 1974 as they are currently working on their next record, due for release in 2013. 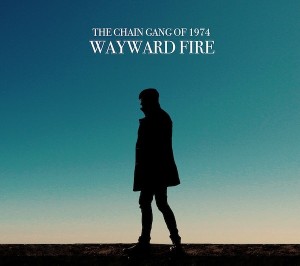 “The only new wave outfit that we’d stand in the rain clutching a boombox for. ‘Undercover’ is a sudsy dance anthem: managing to pull off both filmy and fibrous as Kamtin Mohager’s epic baritone swells crash into a frenzy of keys and pop chords.” – RCRD LBL

“The synth-powered jam breaths like the dance floor baby of Talking Heads and LCD Soundystem, invoking the ’80s along with a timeless dance-rock energy.” – Consequence of Sound

“A hybrid of dark 80s wave, early 90s industrial, turn of the century electro rock (a la the Electric Six) filtered through the ears of kids young enough to be obsessed with Justice and LCD Soundsystem-an exact description of Denver’s Chain Gang of 1974.” – Seattle Weekly

“Chain Gang main man Kamtim Mohager gets all ’80s romance on your ass with some chunky guitar and a chorus that would make doves cry.” — TheFADER.com