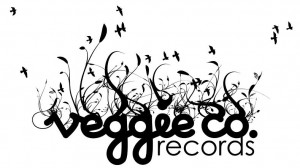 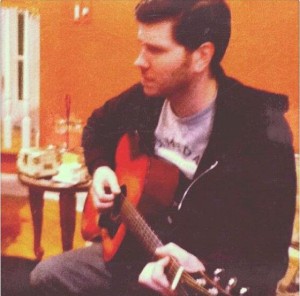 On June 12 New York native and singer-songwriter BRENDAN RIVERA will release his latest LP No Ocean In Ireland via CT-based Veggie Co. Records.

The Brooklyn-based Rivera penned and recorded his first full album, The Musician with his longtime friend turned producer Mike Kalajian in 2008. The collective, Looking Glass Wars was formed, and they began playing The Musician at clubs throughout NYC. Looking Glass Wars would go on to play east coast shows and tours with the likes of Anthony Green, Silverstein, The Starting Line and more. The band collectively wrote and released an EP titled a Place in a Parlor before disbanding shortly after.

Not being able, or willing to slow his creative process, Rivera immediately continued writing songs for what would become his Veggie Co. Records debut, Body of Land. The album resonated with friend and vocalist Shane Told of Silverstein, and was released in Canada on Shane’s personal label, Verona Records. BRENDAN RIVERA armed with only his acoustic guitar embarked on a 2009 Fall Tour with Silverstein and A Day to Remember headlining the shows. Rivera was honored in 2008 with Looking Glass Wars and again in 2009 for Body of Land, as one of the artists featured on Absolutepunk.net’s “Absolute 100” list of up and coming artists.

In late 2010, BRENDAN RIVERA entered the studio yet again with producers Mike Kalajian and Gregory Dunn of Moving Mountains to record No Ocean in Ireland. The album features 11 songs that Rivera describes as “Irish-Americana Indie Rock.” The album showcases Rivera’s ability to pull from all of his varied influences and still create a cohesive album that is steeped in originality.

No Ocean In Ireland kicks off in high gear with fast paced rock songs such as the title track and “Hole in the Curtain”. BRENDAN RIVERA slows things down a few times throughout the record with songs like “Strangers” and “New Tattoo” which highlight Rivera’s keen ability to tell a story using just his voice and acoustic guitar.

The LP truly reaches its pinnacle with the final two songs, “Kingdom” and “Sands of Ours” respectively. The latter closes the album and features piano parts from The Starting Line’s Brian Schmutz. You can hear the resolve in Rivera’s voice as he sings, “I’m not giving up, or giving in, because I’ve been waiting too long.”

No Ocean in Ireland will be released June 12, 2012 on Veggie Co. Records. The record will be available on iTunes, Amazon, Spotify and other digital retailers as well as for sale on vinyl format from the Brendan Rivera webstore. 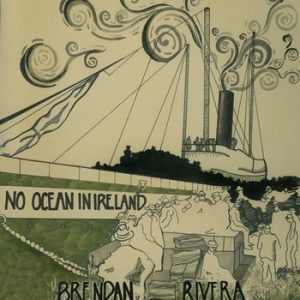