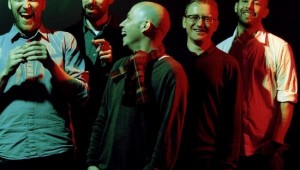 “We are delighted to welcome the quite frankly immense instrumental rock juggernaut that is Mogwai to Green Man 2012. They join co-headliners Van Morrison and Feist in Wales’ breathtaking Black Mountains from August 16th-19th. We’re also thrilled to announce that Dexys, Benjamin Francis Leftwich, Lower Dens, King Charles, Cate Le Bon and more also join the bill for this year’s festival!

Formed in 1995 in Glasgow, Mogwai are famed for performing lengthy instrumentals with melodic bass lines, dynamic contrasts and heavy use of distortion and effects pedals. From classic debut Mogwai Young Team to supporting the Pixies and composing the soundtrack to a film about Zinedine Zidane, this is a band that never rests on its laurels.

Mogwai’s 10th album – Hardcore Will Never Die, But You Will – was released last year. Their headline set (the band’s only UK show this summer) is sure to bring Friday night on the Mountain Stage to a suitably epic conclusion beneath the moonlit silhouette of the Sugar Loaf.

PLUS! Also newly-added to the ever expanding Green Man 2012 line up are:
Dexys Reformed incarnation of legendary ‘80s soul pop pioneers Dexys Midnight Runners, led by the great Kevin Rowland. With a new look inspired by 1940s noir and the excellent album One Day I’m Going To Soar, which is out on Monday, is a barnstorming return to form. Mojo have given it five stars, while Uncut have said ‘It might just be the best record of the year and the best of Rowland’s career’. If that wasn’t enough to wet your appetite, a recent string of highly anticipated live dates that also featured classic Dexys hits have been receiving rave reviews across the board including full marks from The Guardian.

Cate le Bon Beguiling Welsh songstress currently residing in Cardiff’s infamous French quarter – as befits a songwriter whose music is heady and highly personal Gallic stew inspired by the likes of Nico and Pavement. Her new album Cryk is one of the highlights of 2012 so far, marrying the playfulness of Faust and Syd Barrett with the tropical melodies of Os Mutantes.
Withered Hand Heartfelt acoustic loveliness from the Fence Records endorsed quartet, led by fragile-voiced Scottish songwriter Dan Willson.

Paul Thomas Saunders With influences such as Joe Meek and Leonard Cohen, Paul Thomas Saunders encapsulates both the psychedelic soundscape and intellectual sentimentality that the sixties graced us with, then wraps it up in a spiralling contemporary shell.

Crybaby Crybaby is the alias of Bristol singer/songwriter Danny Coughlan. The ten songs which make up his self-titled debut album are beautifully crafted and imbued with a sparse, timeless clarity. Neither a note nor a word is wasted.
Stuff Three piece Manchester band who describe their sound as “Yoda Rock”. Currently recording their second album in their own purpose built studio.
Yet more great live music – yet another great reason to join us at Green Man 2012 for the feel-good festival of the summer!” 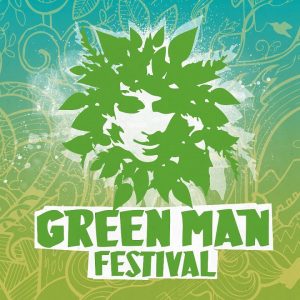