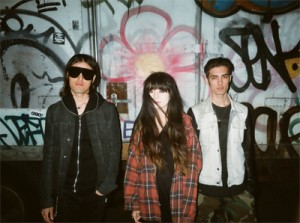 Following the release of EVILWICKEDDESIRE, which compiled their first two EPs (EVIL’S WASTED ON YOU and NO REST FOR THE WICKED) on vinyl LP last year via Paris-based Desire Records, GHXST are releasing single “Black Camaro” on 25th June 2012 through London’s Club.The.Mammoth and Tip Top Recordings.

GHXST have also confirmed a UK tour in June:

“The precision industrial rock guitar and drums in the heavier songs really do recall that late ’90s White Zombie/NIN-influenced robotically polished sound, but when they take things down a notch and let things get driftier it’s a much more haunted and modern sound altogether.”
Norman Records UK