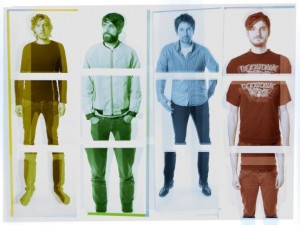 Following the release of their acclaimed debut album Ways To Forget, Clock Opera are re-releasing one of the long player’s most infectious standout singles ‘Belongings’ on July 30th. After their sold-out album release party at the Scala in April and their rapturously received support slots with The Temper Trap and Maximo Park, there can be no doubt, that live, Clock Opera offer one of the most exciting, ambitious and experimental takes on indie-pop.

The single features the original video, including a hidden remix of the lead track, some never-seen-before live footage from the Scala and a host of other surprises. Look out for the Niki & The Dove remix of the original coming very soon. Along with the ‘Belongings’ release, Clock Opera announce their next headline London showand UK tour on the back of a busy summer of festivals including Blissfields, Winterwell, Roskilde, Latitude, Summer Sundae, Beacons, Bestival and Festival Number #06 to name a few.

The full list of Autumn UK dates are as follows: