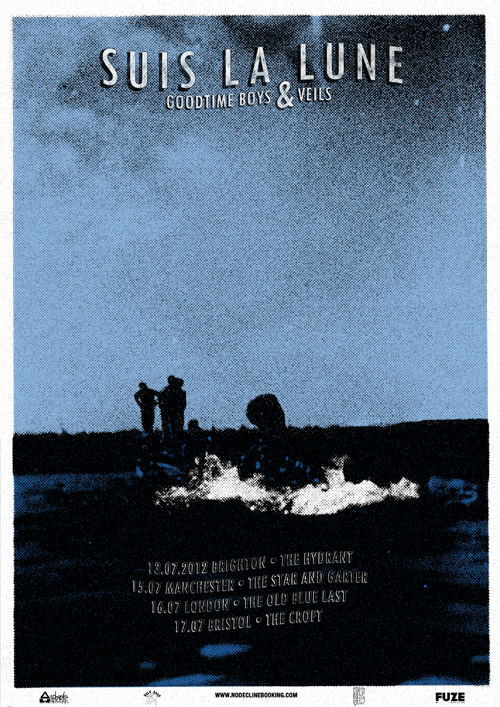 Suis La Lune are one of those screamo bands from abroad that are so good, you associate them with the long-gone likes of Raein, La Quiete or DaÏtro. The thing is, they’re not broken up or from Italy. They’ve actually been kicking it since 2005 around Sweden, more specifically in Stockholm and Gothenburg. Even so, they’ve played more than 80% of their shows outside of the country, spending their time instead on a handful of tours in the UK and the east coast (the boys have a sweet spot for Baltimore). Their discography swelled as a result and includes: several tour 7”s, splits, a self-titled release as well as Quiet, Pull the Strings! LP and 2008’s Heir. Touring with new labelmates Pianos Become the Teeth in April 2011 was where they hit their stride, however. Suis La Lune’s traditional screamo sound paired with Pianos’ brand of hardcore made for a perfect match on tour—a relationship we’re happy to bring to the label as of January 2012.

Suis La Lune are headed to the UK for a brief stint with Goodtime Boys and Veils.

Tour Dates are below:

New album Riala out May 22 on Topshelf Records!

Breaking the silence with their first release since 2008, Riala is the highly anticipated, self-produced LP from Sweden’s Suis La Lune. Building on the frenzied sound so distinct in their discography, Riala is a clearly matured effort– full of self-proclaimed “complex pop songs”–and is all the stronger for it.

4. Hands Are For Helping

7. All That Meant Something

9. Sense In a Broken Dialogue