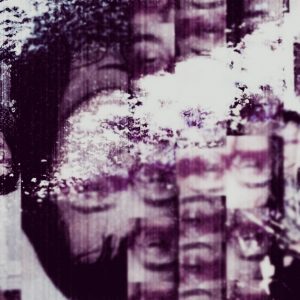 Chris Rehm, a regular name on Circuit Sweet has returned with a flawless release.

Chris Rehm, a New Orleans-based multi-instrumentalist and entrepreneur. Chris has been writing and recording music on his own for several years now and this is remarkably his 9th album released under his name. When Chris is not making solo music on his own, he play in the guitar and drum avant-rock noise duo which we ADORE: Caddywhompus, record bands, and does some graphic design.  Chris is a key part of the DIY co-operative record labels, Chinquapin Records and Community Records.

[i found an] Elephant Ring [and gave it to you]
was written and recorded in Summer/Fall of 2010. Shortly thereafter, Chris’ computer and hard drive got stolen, leaving hom only with the last bounce I did of the album. After listening to the record a lot and thinking of different directions he could possibly take by building upon the existing version, Chris decided against any further changes from this new vantage point. After repeated listens, he realized that the content of Elephant Ring focused on a specific time period in his life and it was organized and expressed appropriately, while living the experience out.

This is a bedroom recording, and most of the album is performed on acoustic and electric guitar, vocals, toy keyboards, and different objects used for percussion. The record meanders through pop songs, slowly growing and changing drones, walls of noise and piano miniatures. Like many of Chris’ previous albums which we’ve feature, Elephant Ring essentially flows seamlessly as one continuous track. Influences for this record include The Microphones/Mt. Eerie, The Fun Years, Stars of The Lid, Grouper, Ravel/Satie/Debussy, and Fennesz – to name a few.

The source video was created by plugging an 1/8″-rca cable out of my computer playing this song, into the rca video-in on a little tv. I put it on the “video” setting, and the tv converted the audio information to organized static – the louder the sound is, the brighter the static, and the lower the frequency, the wider the band is. This seems to work on most tvs, which is cool.
I also added some post effects (orb and color).

[i found an] Elephant Ring [and gave it to you] will be released on May 29, 2012 via the New Orleans co-operative label, Chinquapin Records. It is a digital-only release and will be available on a donation basis with no minimum at chrisrehm.org and other digital retailers.

You can currently listen to the album via Chris’ website featured here- http://chrisrehm.org/elephant-ring/