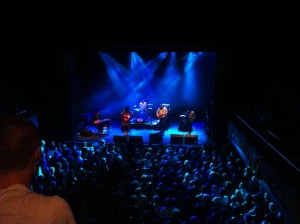 Alabama Shakes are soon to be a very distinguished household name and one of which to be credited for their empowering talent. That’s if they aren’t already a well established act in your world.

On Friday 11th May on the first leg of their May UK tour, Alabama based 4 piece consisting of Brittany Howard- Lead vocals and guitar, Heath Fogg- guitar, Zac Cockrell- bass and Steven Johnson on drums; arrived at Birmingham’s HMV institute joined with their touring member Ben Tanner on keys to play their opening headline show. Back in April the band made their first UK television debut on Later with Jools Holland. A few weeks later the band are back in the country playing to a sold out show.

Following on from the not so fitting Childhood who did the opposite of warm a crowd; darkness descended on the stage as the figures of the band walked on to their crowd. An entire venue applauding the act and welcoming them to their show.
From the start their whole set was unpredictable, having played their 2 most notable singles ‘Hold On’ and ‘Hang Loose’ at the beginning of their set- their crowd was left in anticipation as to what direction, what composition, what note was to be heard next.
Alabama Shakes’ success- has in a short space of time- rightfully become that of legend. Originally formed in 2009, this act for a while was one many had heard of through blogs, websites, word of mouth but desperately wished to see live. Now selling out their shows worldwide this is an act who WILL put all they have into their performances and capture all with such severity, such passion that this unity can easily provide one of the best and most memorable performances you’ll see.
The evenings show had without a doubt that wow factor. Howards compelling vocals alone set her aside from all other female fronted bands/vocalists. With her ability to leave each person looking on with goosebumps, her talent is that to be envious of; its infectious and gripping. Holding the ability to grab everyone’s attention with her fierce and punchy vocals which can so easily fluctuate to project a more tender range within her deliverance, this aids to the variety and slower progression within the set and the emotion she determines. A true rarity. Her power is harbored with the support from her fellow musicians. As Zac and Steven control the beats throughout, Heath emphasizes the current musical direction within each orchestration with gritty hooks, harmonious riffs and a souring range.  Together the band provide a soulful uproar combining each individuals musical inspirations with their rock roots and commanding attitude.
This hotly tipped favorable act is one to be cherished. Playing tracks from their four track EP and their debut album ‘Boys & Girls’ in which Brittany gives a heartfelt insight into the story behind the title track portrayed. Each track played highlighted all the musicians capabilities and attainment as the set digressed from a slow moving piece to a stomping hard-hitting rock number. From resonating in the sounds of the Hammond organ to a more rhythmic and upbeat fast paced quick riff’ endeavors . Amongst the transitions between just released and old tracks the band even managed to present the crowd with unheard new material. ‘Makin Me Itch’ was a fine example of the new sounds and a new direction for the groups’ endless magnitude. A fast paced flawless momentum stripped down to its roots.

The crowd stayed in tune with the group throughout showing no signs of fading attention. Every second with Alabama Shakes is more alluring than the last. The band thrived from the love of all the attendees and when they returned for their encore they projected how truly grateful they all were. Expressing thanks and gratitude to a night they couldn’t have believed they’d achieved. Every member of their audience stood to applaud and praise the musicians during their heightened explosive finale. Praising those musicians for giving them a performance of a lifetime.  This is a phenomenal act with the world at their feet. A review can’t do their live performance justice- simply a must see. 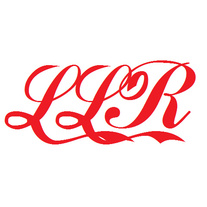