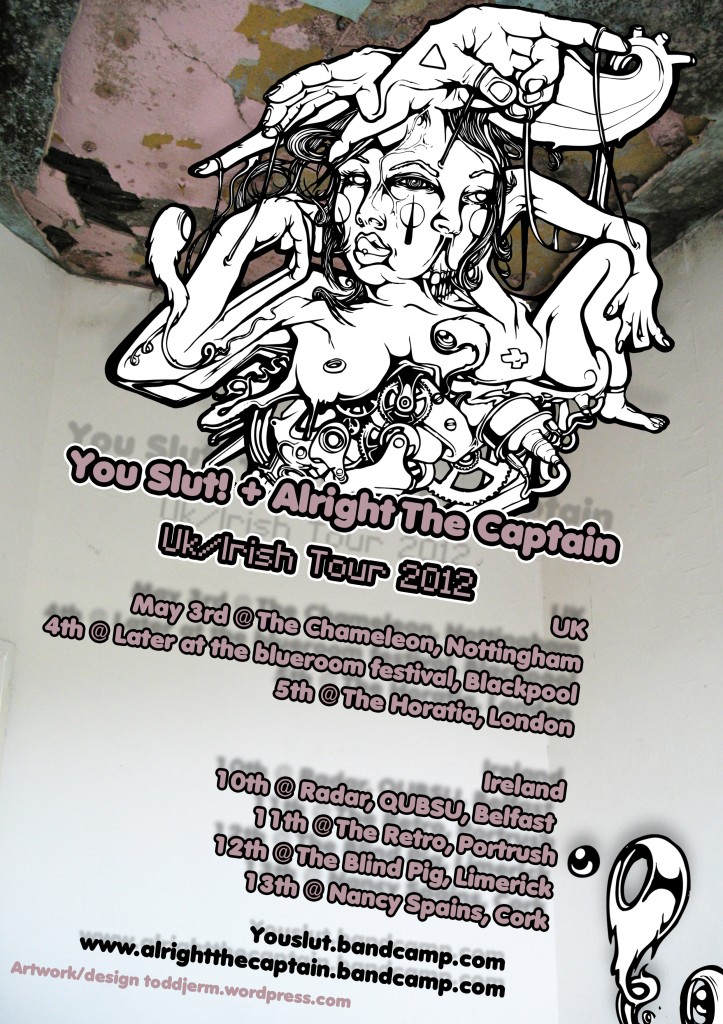 Nottingham/Derby based math rockers You Slut! and Alright the Captain are teaming up for a run of UK and Irish dates this May.

You Slut! have just released their second album “Medium Bastard” and will be touring to promote the release.
http://youslut.bandcamp.com/
http://stressedsumorecords.bandcamp.com

“You Slut! are consciously awkward in a wonderful sense, and I admire the manner in which this band approach their work as their ethos seems to be to ‘keep us on our toes'”
– AudioScribbler

Alright The Captain are currently previewing tracks from their forthcoming as yet untitled second album which is expected to be released later this year on Field Records.

“Melding the more single-minded diversions of Hella, Toe and Hey Colossus, Alright The Captain are defiantly original. With everything from inverted, cosmic-funk interludes, intricately-woven polyrhythms and dark, angular onslaughts, the likes of “Honey Badger” the Slintesque “Guilt” ensure a set-up whereby, try as you might to place the origins of half of their sounds, you’ll almost always end up concluding that Alright The Captain sound like…Alright The Captain” – AU magazine