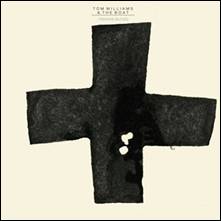 Tom Williams and The Boat have announced details of a June headline tour, but with a difference!

In keeping with the homegrown appeal of the  band and DIY ethic of the new ‘Teenage Blood’ album (out now on Wire Boat Recordings/Moshi Moshi Records) , Tom Williams and The Boat are giving fans a chance to vote for which towns and cities they visit on the tour via Detourjam.

The band will be touring the winning cities between the 4th and the 8th of June.

“Our new album, ‘Teenage Blood’ has just hit stores, and to make that happen, we teamed up with the folks at Pledge Music who helped us fund the entire project with the help of our fans. We were so touched and heartened by the whole experience, and the support that our fans gave us, that we were keen to be equally as interactive with you all when deciding where to tour our new record. By heading to http://detourjam.com/tomwilliamsboat you can vote on where you want us to play, and once we hit a certain amount of votes, the date is confirmed! The way this whole process will really work, is by sharing and spreading the word of our imminent tour. If you really want us to come to your town and play, then tell your friends & ask them to pledge for tickets too. We’ll be playing 5 dates, in the 5 most voted for cities. By shouting it from the rooftops, and making sure your city wins, we can make sure these shows are some of our best yet, and a tour to truly remember. Let the voting begin!!”

The cities in the race to vote are:

To Vote and for more information visit http://detourjam.com/tomwilliamsboat

Tom Williams & The Boat for Record Store Day have released a collector’s edition of the ‘Teenage Blood’ LP with Bonus blood-red 7″ Vinyl”.

Signed copies are available via Record Store HERE . The album can be purchased via the band’s shop HERE or via Amazon.

Tom Williams and The Boat have also been confirmed for The Camden Crawl on May 6th, with other festival appearances planned for the Summer.