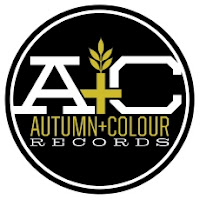 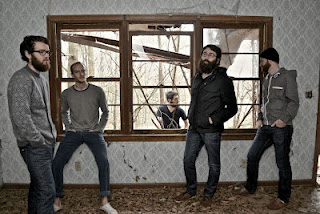 The track appears on their upcoming Autumn + Colour Records label debut, “Summer, Hither” due out this summer.

“Nature’s Hymn” will be available for purchase on April 24.

Sleepy Turtles first came together to create a soundtrack for a novel (http://www.emblemandlantern.com) written by vocalist/guitarist Dylan Higgins, who then decided to keep making music using a moniker which came from a chapter title in said novel.

Consisting of Higgins, Tim Friesen, Will Parker, Marcus Trail and Mike Vanklaveren, Sleepy Turtles create songs, simplistic in frame, but broad in context, threaded in the old tradition of folk. Their music creaks with the thaw of an old church pew, drawing joy in wandering harmonies and stories that are sewn by hands covered in earth, filling the bones of the songs as ambience backlights the fluttering travels of shared existence. “We hope to portray through the music,” Higgins explains, “that all of us are a part of the same journey.”

Fans of Sleepy Turtles can download a FREE copy of their previously unreleased EP “Brother, You’re So Kind” for a limited time on Noisetrade. Follow, share and support them as they begin their journey.

All seasons must come to an end. An enveloping sky transforms the climate and the outlook shifts as everyone gazes to the equivocal horizon. The rules of the music industry have followed suit with that of nature. For some the view is that of the uncertain stumbling that comes with the darkness and the cold, for others it is a bright and illustrious future where artists are able to take control of their art: this is the ethos that developed into the founding of Autumn + Colour Records. Formed in late 2011 by Todd Richard Stevens, a former producer and studio engineer, and Travis Groo, a former artist manager and booking agent, Autumn + Colour was well constructed to give the ownership back to the artist. Rather than borrow at a high interest-rate until the bottom line crashes into a debt, the artist and the label become an equal partnership. This partnership extends well beyond the bounds of a normal label as an altruistic ideal overshadows personal monetary gain. Autumn + Colour donates ten percent from all streams of income to various nonprofits and charitable organizations. It is a community, it is a company, it is a beautiful change.