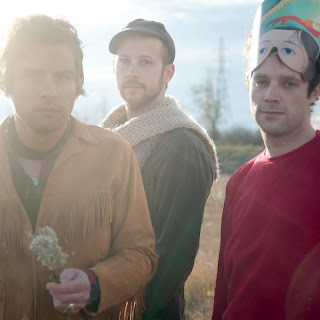 Hell-bent on conquering the US, the never road-weary Plants and Animals have added more dates to an already busy tour schedule in support of their new album, The End of That (released on February 28 via Secret City Records). The band will support Bombay Bicycle Club for a week on the East Coast in late July prior to their performance at Montreal’s Osheaga Festival. Their US tour kicked off in March with a whirlwind, successful week at SXSW, where the band commanded several packed houses, from dive bars on 6th street to the quiet confines of St. David’s Historic Sanctuary, proving Plants and Animals have the chops to win over any audience, no matter what the setting. A full list of dates is below.

Two weeks ago, Plants and Animals released a hilarious, new video for the title track, “The End of That,” which was premiered on NPR Music.

Watch “The End of That” video here: