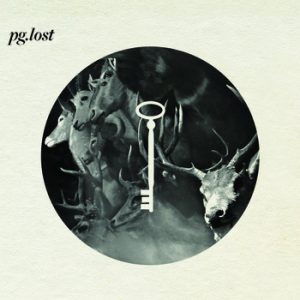 An orchestra of the heart, a playground for the long lost sporadic thoughts of giving in or getting back. Pg.Lost is a swedish band of many directions, but most of all a band throbbing with great melancholy grinding against the precious high hopes of not just individual human thinking and feeling, but also contrasts within pushing the sonic boundries of endless instrumental experiments of prolonging. Pg.Lost recently recieved a lot of press attention because of an American individual attracting a record deal by falsely using their music as his own. But then again Pg.Lost does have a way of sounding like a deep emotion or unresolved issues, so no wonder a fraction of us get confused, and start mistaking their music for something private.

Pg.Lost feature members from Eskju Divine and Last Days Of April and has supported bands like MONO, Khoma and Efterklang. 20th of June 2007 Pg.Lost released the “Yes I Am EP” on the Swedish label Black Star Foundation (www.blackstarfoundation.com). 29th of September Pg.Lost released their first full lenght album “It’s Not Me, It’s You!”.

11th of December 2009 pg.lost released their second full lenght album “In Never Out” which consists of over 50 minutes of instrumental music and shows a darker and heavier side of pg.lost. The album was recorded by pg.lost and mixed by Magnus Lindberg at Tonteknik Umeå.

This incredible four piece return with their new album titled ‘Key’ due for release May 4th. Each track gallant, intense and embracing. Key contains 7 copious compostions.

Streaming below and available to pre-order.

Head to their bandcamp page where the Swedish post rock/ shoegaze band’s 3rd album is streaming and available to pre-order your copy now.