NEW THE TOWER AND THE FOOL SONG, PRE-ORDER NOW Debut Full-Length out April 24 on Run For Cover Records 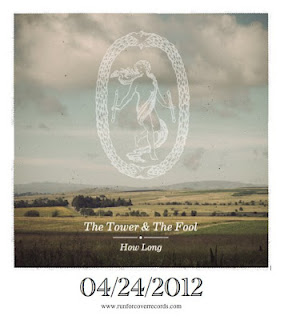 Run For Cover Records is excited to announce that our friends at Absolute Punk are streaming the new song “Scoliosis” from The Tower And The Fool’s debut full-length, How Long. Check out the song, here: www.absolutepunk.net/artists/showlink.php?do=showdetails&l=38652. Due out April 24, the How Long LP follows up last year’s acclaimed 7″/EP, XIII with 10 soulful tracks of raw, Americana rock. How Long is now available for pre-order in vinyl LP and CD formats along with a limited number of exclusive pre-order packages. Visit www.runforcoverrecords.com/store for more info. www.facebook.com/pages/The-Tower-and-The-Fool/153473908020785?ref=ts About The Tower and The Fool: Providence, RI’s The Tower and The Fool initially started as a songwriting project between friends Alex Correia and Chris Rosenquest. As the recording of the CD drew near, the idea of adding additional musicians to fill out the recorded songs interested the duo. To fill out the line up, Correia and Rosenquest added the drumming of their producer/friend Mike Poorman (ex-Hot Rod Circuit), Bryan Donahue on bass, Zac Clark on keys, and long time friend Chris Capaldi on lead and slide guitars. Capaldi was featured prominently on Rosenquest’s first recorded solo EP. What happened after the recording seemed like a natural step to take for the duo. After hearing the songs with their full instrumentation, Correia and Rosenquest decided to permanently add the additional line up, making The Tower and The Fool a full time band. RIYL: Wilco, Ryan Adams, Whiskeytown, Gin Blossoms, Counting Crows