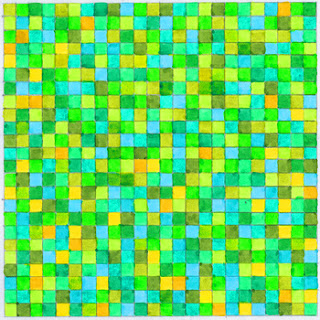 “20” was recorded on August 11, 1997 in Fort Thunder R.I. on the old Tascam 424 cassette 4 track Chippendale’s high school band had bought in the late 80’s. LB recorded 3 takes over three days. Take 1 is thin and take 3 is rockin but the bass drum pedal breaks at the 19 minute mark, so here is take 2. Apparently the session was recorded over a tape of an older recording making the sound even more HiFi than usual. Budgets were tight back then and a new cassette was not in the cards. (So you may have to crank the bass a bit). The concept was simple, set up a clock, start playing the pattern and when the clock hits 20 minutes switch to part 2. The strange thing is on this take we change at the 19 minute mark, defeating the whole purpose of the concept. The only possibility is that time must have been different back then. Either way it was an endurance test and hypnotic experiment. And in a way is the most Lightning Boltesque song of all Lightning Bolt songs. This song was released on cassette on the 1997 Lightning Bolt/Forcefield U.S. tour. It was on the 3rd day after selling a couple copies for $5 each that we realized the master was so quiet it might as well have been blank. Sorry guys. The track was originally labelled “Rescue Mission” but that title was totally arbitrary and “20” seems like a more to the point name. The download is pay-what-you want. You can get it for free, but we do appreciate a donation. Thanks for listening.

Released 02 April 2012
Written, performed, recorded by Lightning Bolt at Fort Thunder in 1997. Mixed by BC in the Hilarious Attic in 2012. Lightning Bolt was, and is, Brian Gibson and Brian Chippendale.