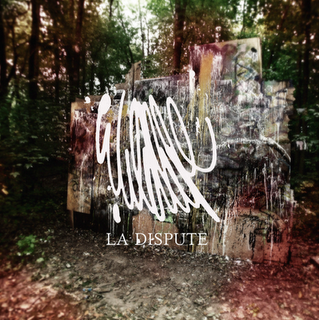 Having just begun their 2012 US tour last week, Grand-rapids band La Dispute are pleased to announce they have partnered with 826michigan, a non-profit organization dedicated to helping kids with writing and self-expression. To support this, the band will be selling 150 limited edition packets at their shows, including “Conversations,” rare photos, a poster, postcards, and other great things. “Conversations” is a lengthy interview with La Dispute’s lead-singer Jordan Dreyer, analyzing and elaborating upon the stories and themes present in the band’s 2011 album Wildlife.

The band are currently on tour in North America, making a run along the West Coast in San Francisco and shows in Southern California this week, before heading back to the East Coast for shows in Philadelphia and New York City.

The band’s shows have already been selling out weeks ahead of time, including this week’s show in Anaheim at Chain Reaction and an upcoming show at New York’s Bowery Ballroom. Following the band’s tour ending on May 7 in their hometown of Grand Rapids, the band will take a little time off from touring before heading overseas in June and playing some of Europe’s premier festivals, and will be doing other dates with Hot Water Music.

La Dispute is touring to support their sophomore album, Wildlife, released on No Sleep Records last October, which debuted at 135 on the Billboard Top 200.

The follow-up to their 2008 LP Somewhere at the Bottom of the River Between Vega and Altair, Wildlife is a nearly 60-minute musical examination of the twenty-something search for purpose; an exploration of the struggles that confront, damage, and redefine us inevitably in life through 14 tracks of new material. Set up as a collection of “short stories” complete with the author’s own notes and sectioned thematically by four monologues, Wildlife discusses the difficulties inherent in growing up by interweaving the author’s own ambiguous loss and struggle for meaning alongside the stories it compelled him to document. Recorded at both Drasik Studios in Chicago and StadiumRed in New York with Andrew Everding (from the band Thursday) and Joe Pedulla using no artificial reverb, La Dispute’s sophomore full length organically captures the sound of five friends committed to pushing their own creative boundaries while still retaining a desire to create honest and emotional music.