RollingStone online have exclusively revealed a free download for ‘Drag My Body’ taken from Hot Water Music’s forthcoming album Exister. Recorded this past January at the Blasting Room in Fort Collins, CO with The Decendents’ Bill Stevenson (Bouncing Souls, Rise Against, NOFX) it is the band first record in 8 years. For the stream/free download go over here Celebrating the release of the record this May, the band will be playing European dates before heading to the UK for a special Rock Sound sponsored show at the Old Blue Last on 2nd May- which sold out in 12 minutes. Hot Water Music not only live up to the Exister album namesake, but they’re here to stay. 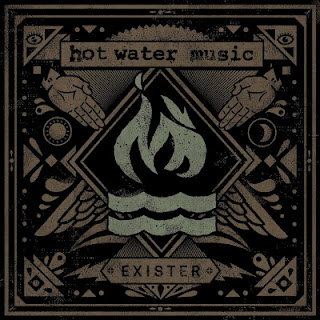