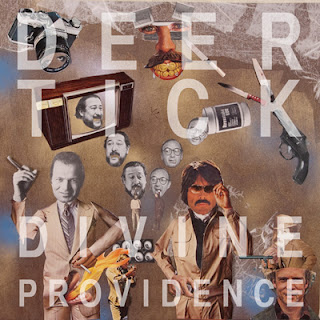 After consistently being referred to as a ‘folk’ and ‘alt-country’ band, Rhode Island quintet Deer Tick are back with their fourth album, Divine Providence, which is unlike anything they’ve ever recorded before. Divine Providence will be released in Europe by Loose Music on Monday 2nd April, available as a special Limited Edition CD, which comes with a free 5 track “Tim EP”.
A raw and defiant ‘fuck you’ to anyone in their way, Divine Providence was made with their notoriously rambunctious live set in mind. Let’s All Go To The Bar perfectly captures this spirit – download it for free streaming below-
Catch them live in London on 4th April at The Garage.
Tickets – http://venues.meanfiddler.com/the-garage/listings/featured/5858
http://www.deertickmusic.com/

I Am Mighty Records Announce Lower Lands To Their Roster [News]