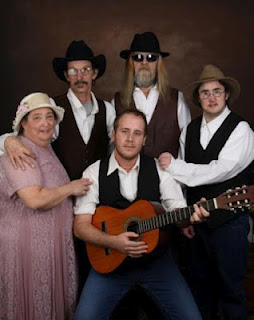 When Nick Delffs’ son was born, not only did his life profoundly change, but so did the music he makes. Infused with the deepest sort of joy possible, Nick Delffs became a living totem of celebration. Through song, he began to channel an untainted happiness. These songs became the body of work Nick calls Death Songs, named thusly because of their sheer lifeforce; the type of innocence that makes life seem great even in the face of death. Death Songs’ latest single and video, “Let This Body Go” is more than an invitation to celebrate with Nick. It is the celebration. Listening and watching means you are already there. Lacking any sort of melancholy or even concern over rock n’ roll coolness, “Let This Body Go” is laughter and smiles as melody.

Life, on rare occasions, gives us an experience as uniquely happy as the birth of a child. Nothing can replace that, but Nick has found a way to share a slice of these rare moments by documenting his experience in song.
Death Songs are on tour this month with Horse Feathers.
Death Songs “Let This Body Go” music video:
Death Songs “Let This Body Go” from Post-Consumer on Vimeo.
For more info, including tour dates: http://kinsmanandmeng.com/death-songs/
Streaming below is the 2012 label sampler from Post Consumer Records.
That housing Death Songs and more acts. The free sampler is available to download now.
Tracklisting
1. Death Songs – Water In the Eyes of Man
2. Bucky Sinister – The Alternate Universe of Bruce Wayne
3. Nehemiah St-Danger – Sings Selections from the Agnostic Gospels Hymnal
4. Bucky Sinister – Drowning on God’s Urine
5. Nehemiah St-Danger – Invocation of the Old “Come On Brother, Now”
6. The Hand to Man Band – First Shallows
7. Death Songs – Let This Body Go
The First Label Sampler of 2012.
Death Songs – Self Titled EP is now available via
Post-Consumer Records http://bit.ly/qmzYxG
Get More: