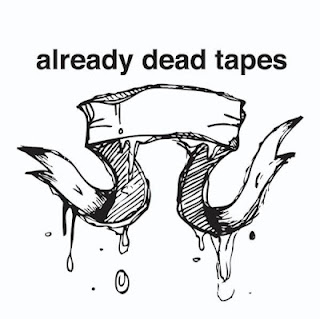 We adore the fairly fresh and brilliant label gaining quite a reputation of Already Dead Tapes + Records.

The roots of the label were established from musicians using non-traditional methods to craft sound as art.
As a niche tape & art label Already Dead places high regard on projects of an experimental nature.

Already Dead Tapes have a vast and delectable collection of releases as the label are currently working on the grounds of releasing one album a week. Pretty Impressive.
Their Recent Releases include the following:
AD030: Ou Oú – ‘Builded’ 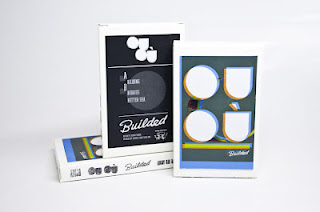 Pat and Travis met in college in 1999 and became friends over a shared interest in 1990’s Matador records. After several half-starts, they begun recording in 2009. “Baron Von Baron” is their first record. “Builded” is their second. The duo provide Ambient/electronic/drone hailing from St. Louis. Focuses on studies of shifting and repeating patterns to create tension and texture. Sounds like Cronenbergian body-horror-core. A drum machine made of flesh.
“My garden, roommates, and belly agree, this is a good album. Ou Oú is a two piece ambient set with the grooves of a new psychedelic trip. The duo from St Louis is releasing their new album on Already Dead Tapes this year. The set is a tasty kaleidoscopic mix and an extraterrestrial wonder. For fans of texture and drone, you’ll find a sound with a french name, and a sci-fi cult movie feel in Ou Oú. It’s a beautiful mixture of crystalline song compositions, softly sprinkled with a minimalist structure that you can easily get wrapped up in.” -Ray Jackson 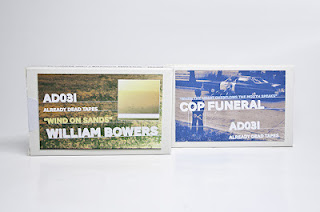 William Bowers is an ambient/avant-garde composer from Wisconsin. He focuses mostly on soundscape, ambient, electronic and minimal compositions. William has been seriously composing music since 2008 and will most likely continue to do so. Sounds range from droning ambient and musique concrete to fast-paced minimal classical compositions.
“Wisconsin’s William Bowers brings good cinematic soundscapes holding a due justice to reflecting the atmosphere of sound rather than manipulating it. A very short but sweet side to the split, capturing things needed to bring life back in music – (and incredibly recorded too!) A darkly creative set of songs with good harmonies, quick riffs, and magic placed on each track.

Chicago-based, Cop Funeral recorded four parts of a piece titled “When the Heart Overflows the Mouth Speaks,” which kind of sounds like a distorted love story taking place in a submarine descending deeper and into truer, bluer shades of color. (Think of the cast from ‘Casablanca’ on the set for ‘20,000 Leagues Under the Sea.’ Or the Creature from the Black Lagoon and a Dracula-version of Cpt. Jean Luc-Picard working together to build a romantic maritime roller-coaster in the Key West while dealing with heavy emotional setbacks.) This side is complete with shaky distorted harmonies, a pounding, reverberated synthesizer and great samples of things that sound like they’re from a harbor. Once again: magic on each track.”
-Ray Jackson

You can purchase their recent Cassette Release via Already Dead Tapes here:
http://alreadydeadtapes.bigcartel.com/product/ad031-william-bowers-cop-funeral-split
Get More: 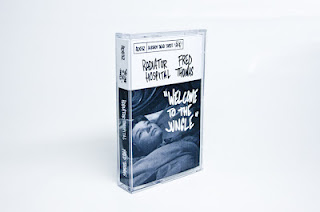 Radiator Hospital is a lonely boy’s love letter to his record collection, channeling an obsession with pop music, old movies, comic books and junk food through a broken heart and a tape machine.

“The improbable possibilities. The underestimated guesses. The indeterminate proven things. There are many descriptions for our nervous romances, but too few ways to actually talk about them. Radiator Hospital and Fred Thomas are both that kind of indescribable mystery. Their new album, “Welcome to the Jungle,” finds a deep beauty with fuzzier and warmer guitars, a somber hollow sounding piano, and accompanied with the lyrics that still profess the confessions of impassioned, searching hearts. Each side is recorded the same way, with a lo-fi hum, a mic on the instrument and a shoveling of feet quietly in the background.

For listeners that recognize when the melancholy can become sweet, or when the heavy-hearts can find a peaceful release, I’d recommend this one. Radiator Hospital has a way of bringing smiles to those lonely ghosts in the past , while Fred Thomas has a way of bringing them all together, hand-in-hand. If you’re in what people call love, or even trying to be; pick up “Welcome to the Jungle” – Fred Thomas and Radiator Hospital will help you through many things.”
-Ray Jackson 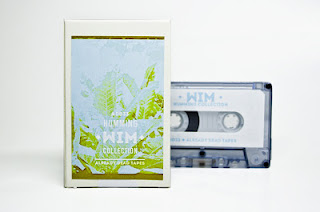 “There’s a lot I don’t know about Syracuse aside from it being probably big and having something to do with the Eerie Canal. Not that I’m saying my knowledge is flourishing or my experience with New England is something vast and well-cultured. All I’m saying is: the new sounds we got from Syracuse are sounding great.

“Humming Collection” from Wim, contains steady strums of guitars and short, sweet nautically themed pieces. Each song runs through the beauties of harmonized arpeggios, a resonating piano laid over vocalized chants, and instruments (perhaps) used as metaphors for the song’s intentions. It all brings the shades of blues and greens of every sea straight your ears. If your a fan of turning the lights low and laying back on the couch – pick this album up, asap.”
-Ray Jackson

You can purchase their recent Cassette Release via Already Dead Tapes here:
http://alreadydeadtapes.bigcartel.com/product/ad033-wim-humming-collection
Get More:   http://wimsambivalentpleasure.bandcamp.com/ 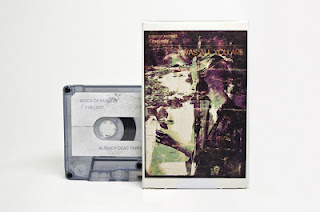 birds of passage is the solo experimental music project of Alicia Merz.

“Starting with a slow wind and a whispering echo, Birds of Passage and I’ve Lost have put out a new mix. The dark, low, and soft collection from New Zealand and the US. The collaboration between the two musicians is uncanny and enriched with mystery. The sound is hypnotic and their chemistry is plainly magnetic. Through a steady stride of breezy drones, the musicians perform slow soundscapes in an austere minimalistic feel. The songs whirl and sing against the sparse instrumentation and a cold clear lyrical melody illuminates the seasoned tracks. Side A, “I was all you are,” is a collaboration of the two groups; Birds of Passage and I’ve Lost. The sound is philosophic in nature poetic in texture. After a few field recordings, simple melodious music and the lilting ambience, the album moves into two shorter solo songs, “Never Said Goodbye” and “Bullrush the Sun,” divided in between the two groups. A charming course through dissonance and passion, the music creates that mysterious ‘inner peace.’ The sound comes off as dark, and even melancholic, but the feelings it produces grow in a calm and untroubled composure. A new sensation is brought to light and we wait to see what comes next from the two. Get a good listen and enjoy the experience – its the new sounds from Birds of Passage and I’ve Lost.” -Ray Jackson 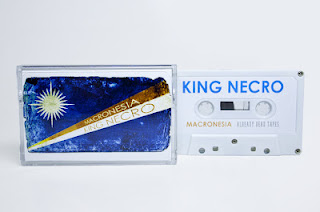 “A great combination of diverse arrangements, the album reaches for the sounds of a fun mixed experimentation. Rhythmic, dance-able, an eagerness to innovate, “King Necro Presents…Macronesia: The Mixtape.” The music deemphasizes melody and pushes groove and rhythm up front. Interlaced with sound recordings, either created or sampled off of late popular music, the appeal is slow and provocatively loose, jumping from genre to genre, instrument to instrument. Its a complex drive, an innovative amalgam, and an expression of the free mind. Listen to King Necro’s new tape, ‘Macronesia: The Mixtape’.” -Ray Jackson 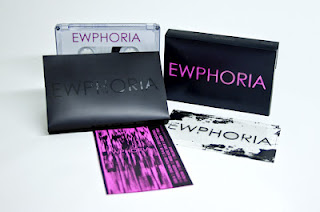 “Mario Gonzalez is releasing his second, anticipated album, titled, “Ewphoria.” The April release is still reaching for the dark shades on tones of music, the album is well shaped and varied with a very Mario Gonzalez-style. Creating a new word, I don’t think “Ewphoria,” needs much explanation – Gonzalez brings an exalted feeling of disgust, with the overwhelming, euphoric sounds. Each track on the album displays its own cold side; an added distortion, a whirring feedback, a mixture of awry notes and a steady beat that has rhythm replacing any melody. The album doesn’t stray too off course in keeping to a progression and following through in each song. Overall, the album demonstrates a nature for experimentation and a diversely, yet maturing sound for the musician.” -Ray Jackson
You can purchase their recent Cassette Release via Already Dead Tapes here:
http://alreadydeadtapes.bigcartel.com/product/ad036-ewphoria-ewphoria
Get More: http://www.facebook.com/Ewphoria
http://alreadydeadtapes.com/