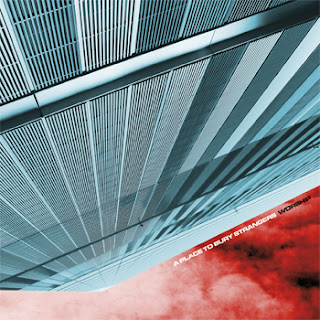 Guitars as jet engines; guitars as haunted electronics; guitars as filling-melting white heat: A Place To Bury Strangers’ new album Worship is explosive, visceral, and dark. Worship will be out the 11th June 2012 on Dead Oceans.

Listen/downlaod the first album track “You Are The One” here:

The DIY-braintrust of Death By Audio wizard Oliver Ackerman and bassist Dion Lunadon continue the evolution of songwriting that began with Onwards to the Wall, interweaving threads of krautrock, dream-pop, and 80s goth without ever losing the edge that is quintessentially Strangers. There are ambitious, trend-bucking choices at every turn.
“This album was written, recorded, mixed and mastered by A Place To Bury Strangers. It is our vision of what our music should sound like in 2012, not someone else’s interpretation,” says Lunadon. “Every sound on the album is made by us and our tools; tools created by us, used on no other recordings, and purposefully built for this project. This is real. Some of it is the band being in complete control — bending, shaping and building the songs and the sounds. Other parts are the band relinquishing control and letting the songs and sounds take over and produce themselves. We are not trying to reinvent ourselves, but simply push ourselves further in all aspects of our music.”
“We made this, we recorded this, we did everything,” adds Ackerman. “Yes, we chose to do this and no, we didn’t have to but we think it is pretty cool. No producer made us. We didn’t go to school for any of this and we don’t have time for tutorials. We invented this and now we are sharing it with you.”
Track List:
1. Alone
2. You Are The One
3. Mind Control
4. Worship
5. Fear
6. Dissolved
7. Why I Can’t Cry Anymore
8. Revenge
9. And I’m Up
10. Slide
11. Leaving Tomorrow
A Place to Bury Strangers will be touring the UK in May. Full dates here:
May 8th – London, Cargo
May 9th – Birmingham, Hare & Hounds
May 10th – Manchester, Sound Control
May 11th – Glasgow, King Tuts
May 12th – Newcastle, Cluny
May 13th – Leeds, Cockpit
Get More:
http://www.aplacetoburystrangers.com/
https://www.facebook.com/aplacetoburystrangers
https://twitter.com/APTBS