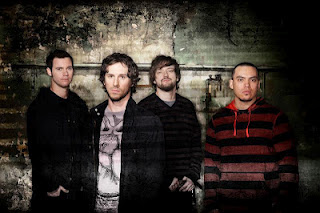 Knoxville’s 10 Years will release Minus the Machine on July 17 via their own Palehorse Records in conjunction with Warner Music Group’s Independent Label Group. The album marks the band’s first release on their new label, after a long tenure at Universal.

10 Years front-man Jesse Hasek explains the decision to release the album independently, saying “We wanted to create an album that has no boundaries.” He continues, “When you feel like you’re being told to go through motions and jump through hoops, it takes the heart out of it. It’s better to do what comes naturally and then figure out the after-effect.”

The band will kick off the “Minus the Machine” headlining tour on June 27 in New Orleans, supported by Fair to Midland and KYNG. The 4-week tour will take the band to Dallas, Nashville, Chicago and more, and includes a hometown show in Knoxville on July 6. Details below.

After a hugely successful year and a half tour to support their previous record Feeding The Wolves, the rock quartet is ready to get back on the road and see the fans. “We live and die by the loyalty of the club audiences. Our fans are loyal. They travel with us, and they want us to be loyal to ourselves” says Hasek. “What we tried to do on this album is really give them what they want because they’ve been so good to us through the ups and downs of our career.”

Minus the Machine will be the band’s fifth studio album, following their successful 2010 release Feeding The Wolves, which broke into the Billboard Top 200 list at 12. Billboard proclaims, “10 Years hits a sweet spot between rock and metal” and Outburn declares the band “succeeds at making solid rock songs with subtle unique touches and nuances.” In August of 2011, the band released the music video for the single “Fix Me” which has over 1.2 million hits on YouTube and can be seen HERE.