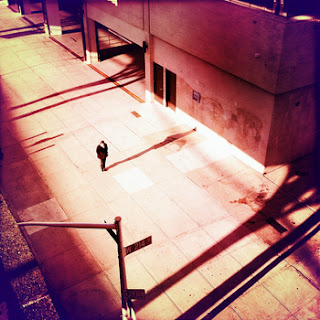 The American Dollar was formed in August of 2005 by long time friends and collaborators, John Emanuele and Rich Cupolo. Upon recording and sharing on the internet their first released track, it was immediately licensed for television production, and the duo knew they had something special and continued on to release their first full-length record soon there after. Since 2005, the band has released 5 full-length records, two deductive remix full-lengths and several EPs, with their newest effort Awake In The City to be released March 24, 2012. The band has completed more than half a dozen tour efforts spanning from Canada to Russia, with a far more expansive excursion into Russia, Europe and China planned for Spring 2012. Additionally, the duo has seen their music featured on CSI: Miami, Infiniti Automobile Advertisements, the television trailers for Extremely Loud & Incredibly Close and Up In The Air and hundreds of other features in network and cable television, as well as indie films. Awake In The City Release Date: March 24, 2012 1. Faces In The Haze 2. Heavy Eyes Ignite 3. Ether Channels 4. First Day 5. Steeltown (Part One) 6. Steeltown (Part Two) 7. Strings 8. Crossing Asia 9. As We Float 10. Urbana 11. Friends of Friends 12. Oracle
Get More: Download on Bandcamp http://theamericandollar.bandcamp.com/ … iTunes http://www.itunes.com/theamericandollar Listen On Spotify http://tinyurl.com/855quw6 Official Store http://theamericandollar.bigcartel.com/ Youtube http://www.youtube.com/amdollband Android Market http://tinyurl.com/7axwsbo Last FM http://www.last.fm/music/the+american+dollar Twitter http://www.twitter.com/amdollar Myspace http://www.myspace.com/americandollarband