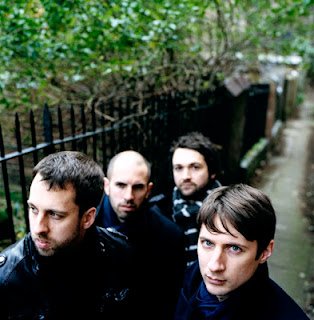 Sennen will release their latest album, ‘Lost Harmony’ on April 16th through Indelabel. The band’s latest full-length is a record recorded in Harlesden during last year’s London riots with David M. Allen [The Cure, Depeche Mode] and serves as the perfect backdrop for an album that mixes both the turbulent and the tranquil.
The four-piece, originally from Norwich and now based in London and Nottingham, approached their third album with a pleasing disregard for what was expected. Larry Holmes’ declaration that “one of the benefits of being a little band is you can do what you like” gives reason to why the band enjoy playing songs that don’t necessarily fit their earlier “Sennen sound” and how it shaped their new album.

“This record was very much us at peace with ourselves,” Holmes reflects. “We’ve been around a while and, when you’re a band like us, who knows if this will be your last record? But that just made the whole time we were recording a joy. I think it’s probably the happiest we’ve been as a band. There was nothing forced or difficult musically. I don’t think we’ve ever grown out of noise but, at the same time, we’ve gotten more open to our love of popular song. The Carpenters used to be a guilty pleasure. Now they’re just a pleasure.”

The tracks are more lo-fi, tinged with hints of country, and the idea of not having to fulfil expectations was liberating for all involved. What emerged, moreover, turned out to be the finest collection of songs Sennen have ever created. ‘Lost Harmony’ is a mature, crafted album of subtle shades and lingering melodies, imaginative arrangements and sweet melancholy. It wasn’t the record they’d anticipated making, and it’s all the better for that.

The band concede that in the early days they would “turn on the pedals to cover our sloppy playing”, yet to those who listened closely, Sennen were always more adventurous than the shorthand their name suggested, and ‘Lost Harmony’ drives that point home: it’s the record upon which Sennen lift their gaze up to blue horizons and beyond.

At the heart of ‘Lost Harmony’ lies an undeniable sadness, but there’s comfort and communion too. Distinguished by a revitalised delight in what they do and a fresh perspective on the world they see around them, every song repays repeated listens, revealing subtleties newly embraced by a band that have triumphantly come of age. Sennen have at last claimed their name as their own by surpassing themselves and their peers. ‘Lost Harmony’ is, quite simply, forty minutes of bliss waiting to be discovered. 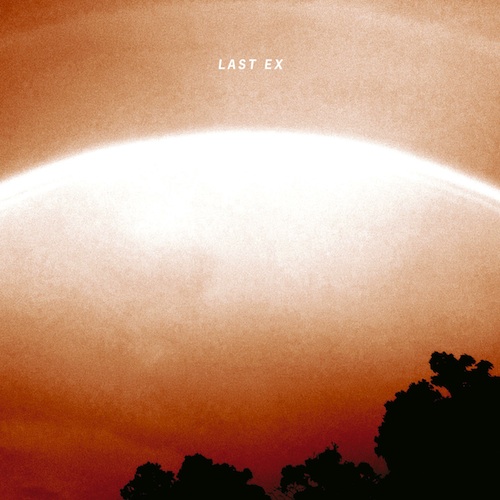