March 13, 2012
Receiving the heartbreaking news that friend of the site John Grabski III sadly lost his battle with the terminal illness- in which strived his need to get his musical accomplishments heard through  his own ensemble TEETH. We can only send out our healtfelt sympathies to all family and friends of John. Hearing about John’s musical mission lead us into constant promotion and coverage and in doing so had the prividelge in becoming friends with the musician.
At the beginning of the year many would remember we urged  you to familiarise yourself with a truly heroic story from an artist we needed you to listen to. This musician and his story has reached so many- having been mentioned on News Channels and Forums throughout the web. Our efforts got the project some attention in the UK having featured in newspapers and various other media sources. This musicians legacy will continue to reach people afar.
The Story of Teeth:
Teeth:
Rock vs. cancer. Rock wins. Teeth is abrasive, playful and sinister all at once. Made in hopes that the listener will feel the effort and determination in every pick scrape, errant drum slap, and churned-up riff and lyric. Engineered by Steve Albini to sound large, powerful, willfully reckless, yet intimate. 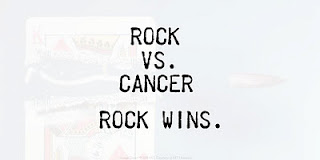 Teeth founder John Grabski has always written vaguely introspective lyrics riddled with sarcasm and themes that swing from cute and playful to dangerous, and his combination of these lyrics with fairly heavy music allowed him to create some simple and interesting rock songs even at a young age. His idea development started to come to full fruition in 2006 when he set up a recording studio in his Naples NY apartment to record his album “Tooth & Nail” under the recording/performing surname Low-Fi/Emphatic. Songs like “Trust the Flow” and “In the Sea” display a good understanding of basic song dynamics and an ability to hook the listener from a variety of angles.

His material took on new meaning in 2007 after a cancer diagnosis, surgeries and subsequent chemotherapies. He started to pick up on material such as King Crimson’s Red and Lark’s Tongue in Aspic, the buzz-saw guitar tone in Queens of The Stone Age’s Era Vulgaris, and he began to think hard about the intricacies of a dual-drumset setup like The Melvins have employed since 2006’s (a) Senile Animal. To help get him through times of near-death, John kept working on music, and in 2008 he recorded some demos titled “The Cancer Tapes” which represent the ideas that manifested in him during a time of great crisis in his life.

In mid-2011 cancer came back with a vengeance. Inoperable, the scourge has decided to take up permanent residence in John. He kept at working with Cheebahawk, and right before a major surgery in October he found out after a brief inquiry that Steve Albini would like to help him to record his solo album. After recovering from the surgery and then going through a few weeks of intense radiation, John recruited his brother Benjamin Grabski to help him write an album’s worth of new material, arrange it and commit it to tape. They had never played together before for longer than an hour, so this was a new thing for both.

The project had no name.

The brothers packed their equipment into a car and drove to Chicago. After four days of recording and one day of engineering, an album was born under the name “The New York farmers”. Some tracks feature John on all instruments, some feature Benjamin handling a few duties. During tracking, the two-piece also played a night gig at Chicago’s Pancho’s on California Ave. with the great bands Nonagon and Fake Limbs, which garnered a lot of positive feedback.

Upon returning from the life-catalyzing trip, John realized that there didn’t have to be an and to his relationship with Electrical Audio, so he asked Steve if he’d be interested in working together again. Steve replied that it would be an honor.

The project still had no name.

We shared this inspirational story of Rock VS cancer- ROCK WINS! and we were inundated with positive comments, thoughts and support. From this John himself stated to be honoured we took the time to share the story. The truth is we are the ones that are honoured. On finding the sad news it has come as a big shock to us all, writing this is proving to be harder than I first thought. Over the past few months due to my involvement with the story- it was I that was honoured to have John’s respect and to have built a friendship.
February 29th we proudly shared a day dedicated to the release which John worked so hard for.  Happy Teeth Day!  As previously mentioned Teeth’s album The Strain takes the listener into, and out of a thirty minute, thirteen second journey of confrontation with cancer. Designed to be harsh and startling yet sweet at the same time, the music and lyrics are collectively intended to provide a full cycle of emotions from come-what-may acceptance to vile disdain to confrontation and triumph. 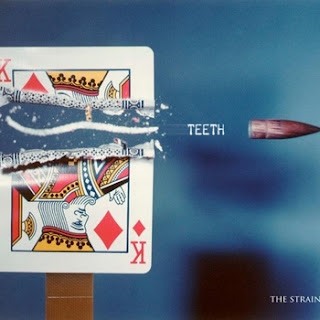 John got to the day he wanted to see- his album release. Working incredibly hard throughout a trying time, John’s outlook on his Creation proved to be immensely moving. His strength empowering. And his voice-listened too.

The Strain is streaming again via bandcamp below and available to purchase now. All family, friends and the copious amount of strangers who this story affected all helped towards funding of the record- so this post is for you too.

Tracklisting:
1. Platinum
2. Medicine Out
3. The Strain
4. Miscreant Seeds
5. Onus
6. Rash
7. Great Failure/Teeth
Streaming in its entirety below- The Strain offers an honest, direct and raucous approach. 7 tracks highlighting a vicious personal journey all of which incredibly raw, unreserved and more than anything passionate. This grunge inspired effort is hard hitting, audacious and powerful- perfectly kept with the message of the release.  Each composition flows into the next with such faculty. A strong release which should make all those involved proud of their efforts to date.

This release, this story and more importantly this individual has ended up emotionally touching more people than could have known possible. Teeth’s music will reach more, it will live on through the passion it’s creator held.