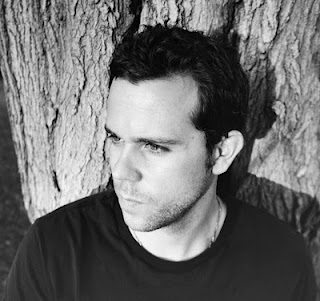 M83 will release the Reunion EP on May 8th, 2012 through Mute, the second single to be taken from the hugely acclaimed fifth album Hurry Up We’re Dreaming, the double album that hit number 15 on the US Billboard charts and topped the electronic and alternative charts. Reunion continues to display M83’s aptitude at writing catchy cosmic-pop soundtracks filled with fantasy and imagination. The single will be released with a stunning and diverse remix package of 6 exclusive re-works of the track, which include Mylo, Sei A, The Naked And Famous, Polly Scattergood, and White Sea. Mylo leads the Reunion remix charge with his trademark funky synth bass lines and beats, cleverly weaved into the spaced-out original vocal track to create a contradiction of sounds and another hit for M83–and WE ALL HAVE BEEN MISSING MYLO, let’s be honest. Sei A, the up and coming Glasgow based producer, is hailed as one of the most exciting producers in the techno-house scene, and has given Reunion a glimpse of Glaswegian industrialism through his loop filled minimalist mix. The White Sea remix is a spaced out dubstep nugget, whilst The Naked And Famous take an altogether different route with their rework by building the track into an electronic cacophony of synths, guitars and drums, much the way M83 do performing live. Reunion EP tracklisting: 1. Reunion (Album Version) 2. Reunion (The Naked And Famous Remix) 3. Reunion (Sei A Remix) 4. Reunion (Polly Scattergood Mix) 5. Reunion (Dale Earnhardt Jr Jr Remix) 6. Reunion (Mylo Remix) 7. Reunion (White Sea Remix) The first single, “Midnight City”, was one of the biggest tracks of the last 12 months, with over six million hits on YouTube to date, Six week run at #1 at CMJ, #1 FMQB Alternative Specialty record and song, #8 at US Alternative Radio, and remains one of the biggest club tracks of the moment across the world thanks to the Eric Prydz rework. It has also entered the U.S Billboard Hot 100. M83 hits electronic music’s largest stage this weekend for Miami’s sold out Ultra Music Festival, where 200,000 fans will be watching. The band will take the Live Stage on Saturday March 24th at 8:00pm. Additionally, new shows have been added to the tour including The Fox Theatre in Pomona, CA on April 12th and Osheaga Festival in Montreal (date TBC). Having extensively toured since the release of the album in October 2011, M83 is selling out shows across the world, and has become an unstoppable force of musical nature. SPRING 2012 NORTH AMERICAN TOUR DATES: Mar. 24 – Miami, FL – Ultra Fest (Sold Out) Apr. 12 – Pomona, CA – The Fox Theatre Apr. 13 – Indio, CA – Coachella Apr. 20 – Indio, CA – Coachella Apr. 22 – San Francisco, CA – The Fillmore Auditorium (Sold Out) Apr. 23 – San Francisco, CA – The Fillmore Auditorium (Sold Out) Apr. 25 – Portland, OR – Roseland Theatre (Sold Out) Apr. 26 – Seattle, WA – The Neptune Apr. 27 – Vancouver, BC – Vogue Theatre (Sold Out) Apr. 29 – Salt Lake City, UT – In The Venue Apr. 30 – Denver, CO – Ogden Theatre (Sold Out) May 1 – Lawrence, KS – The Granada Theatre (Sold Out) May 2 – Saint Louis, MO – The Pageant May 4 – Chicago, IL – The Riviera (Sold Out) May 5 – Detroit, MI – The Majestic Theatre (Sold Out) May 6 – Toronto, ON – Sound Academy (Sold Out) May 7 – Buffalo, NY – Town Ballroom (Sold Out) May 9 – Boston, MA – House of Blues (Sold Out) May 10 – New York, NY – Terminal 5 (Sold Out) May 11 – Philadelphia, PA – Union Transfer (Sold Out) May 12 – Washington, DC – 9:30 Club (Sold Out) May 12 – Washington, DC – 9:30 Club (LATE SHOW) (Sold Out) May 14 – Atlanta, GA – Masquerade Music Park May 15 – Nashville, TN – Marathon Music Works May 17 – Houston, TX – House of Blues May 18 – Austin, TX – Stubbs Waller Creek Amphitheater (Sold Out) May 19 – Dallas, TX – Granada Theater (Sold Out) Aug. 8 – NYC – SummerStage (Sold Out)