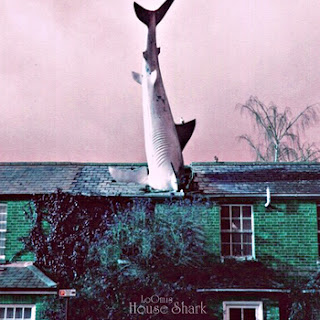 An artist regularly featured throughout our time here- New Orleans native Patrick Bailey aka LoOmis has already took this new year by storm following his January EP release ‘Melt Away’. Following 2011’s ‘Vellocet’ EP and LP ‘A Solitary Attraction’, Melt Away is a 6 song experiment of lofi electronic tinged haze. As promised when we featured that release. LoOmis shows no signs of slowing when it comes to releasing new material. Having released a new EP a little earlier than expected ‘House Shark’ can be found streaming below. This release is more guitar oriented than the past few releases. It’s available for FREE download over at LoOmis’ facebook page HERE. You can also download on Bandcamp for a donation.
Tracklisting
1. House Shark
2. Shark House