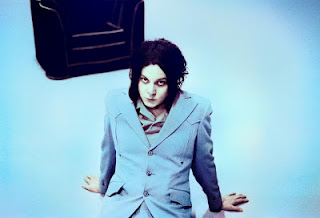 Having unveiled the song for the first time ever during his March 3 appearance on Saturday Night Live, Jack White has now made “Sixteen Saltines” available to stream at jackwhiteIII.com. Pre-orders for a 7″ vinyl single featuring non-LP B-side “Love Is Blindness” (Jack’s cover of the U2 classic) are currently being taken at Jack White Home Page and Home. The vinyl single will hit stores March 20.

Jack is currently playing select headline and festival dates leading up to Blunderbuss’ release, including a headlining set at theThird Man Records Texas Stand-Off, the label’s first ever official South By Southwest showcase, on Friday, March 16 at The Stage on Sixth in Austin, TX. See below for a full list of dates.