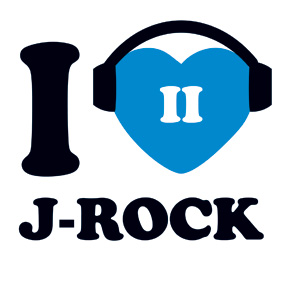 Good Charamel Records releases the I LOVE J ROCK 2 compilation featuring their 2012 roster of Female Japanese Rockers on 4/10/12… “I Love J-ROCK 2” is the second in a series of compilations from Buffalo, NY based Good Charamel Records featuring some of the most exciting female fronted rock bands from Japan’s current rock scene. Featuring newcomers and seasoned rockers alike, ILJR2 is a great representation of the talent and diversity of Japan’s female rockers. Making your way through Good Charamel’s label roster you are first treated to “Rock ‘N’ Roll High School” from Osaka’s legendary Shonen Knife celebrating their 30th Anniver­sary with the album “Osaka Ramones – Tribute to The Ramones”, 12 tracks recorded in the true spirit of Shonen Knife and the Ramones alike (released in August of 2011). Sho­nen Knife toured N. America in support of the latest release last fall and returns to do another month of dates in the US/Canada in July of 2012. Also included on ILJR2 are 2 tracks from lo-fi/sci-fi rockers MOLICE including the new single/video “Please, Please, Pris” from their latest GC release “Neugravity” as well as “Headphones” from 2008’s “Doctor Ray” album (to be re-issued this year on GCR). Their first trip to the US for 2010 Anime Weekend Atlanta will most certainly not be their last. Tokyo’s LAZYgunsBRISKY are again represented in this in this edition of ILJR with 2 sexy / raucous singles called “B.O.Y.” and “Beat You Out” from their brand new self-titled album “LAZYgunsBRISKY” , the exciting follow up to 2010’s “26 times” EP. Successful touring in Europe throughout 2011 has begun to make an international name for the mighty LGB. The dangerously talented trio TsuShiMaMiRe mark their 12th year with 2 new North American releases; “Giving More Blood” a re-release of 2011’s “Giving Blood” (with bonus/demo tracks included), the song “Grapefruit Girl” has been included in this collec­tion, and also from their newest album, a concept piece entitled “Shocking” we are treated to the debut single “Hungry and Empty”. 2010’s “Sex on the Beach” tour found TSMMR extensively touring the US w/ Japanese punk Rockers Peelander-Z. New to the Good Charamel Records J-Rock family is tricot, a young new band from Kyoto gaining buzz and notoriety in the live houses of Japan over the past year. The track included is a hard hitting prog/ska track called “Baku Retsu Panie San” (complete with over 50,000 YouTube views). The combination of these 3 talented young ladies and a hard hitting male drummer make tricot an awesome new addition to the Good Charamel J-Rock Roster. “I Love J-Rock 2” is an amazing collection of power packed Japanese female aggression and emotion, and in 2012 Good Charamel Records will continue their quest to bring this excit­ing genre of music to the people of North America! View the I Love J-Rock 2 album trailer and sample all 8 songs from the record at: http://www.goodcharamel.com. GOOD CHARAMEL RECORDS GC033 TRACK LISTING 1. Shonen Knife “Rock ‘N’ Roll High School” from the album “Osaka Ramones” 2. MOLICE “Please, Please, Pris” from the album “Neugravity” 3. LAZYgunsBRISKY “B.O.Y.” from the album “LAZYgunsBRISKY” 4. TsuShiMaMiRe “Hungry and Empty” from the album “Shocking” 5. tricot “Baku Retsu Panie San” from the EP “Bakuretsu tricot-san” 6. MOLICE “Headphone” from the 2009 album “Doctor Ray” 7. LAZYgunsBRISKY “Beat You Out” from the album “LAZYgunsBRISKY” 8. TsuShiMaMiRe “Grapefruit Girl” from the album “Giving More Blood” ARTIST Various Artists TITLE I Love J-ROCK II STREET DATE April 10th, 2012 GENRE Alternative, Rock, College GOOD CHARAMEL SITES www.goodcharamel.com www.myspace.com/goodcharamelrecords
www.twitter.com/goodcharamel 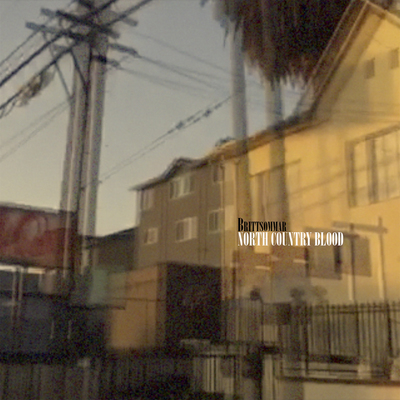